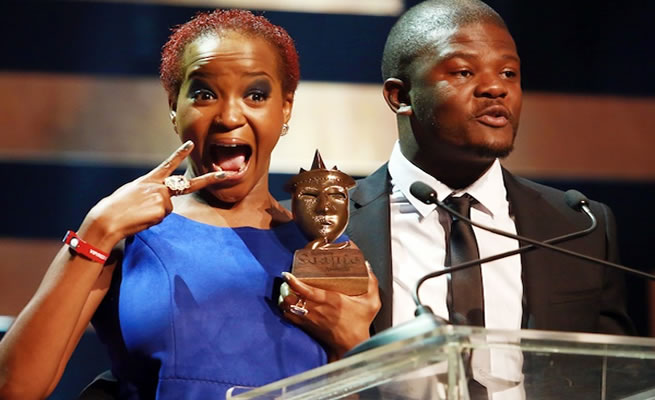 GETTING nominated for an award is a huge deal! Actors dream about being noticed for their grind . . . But not even the best performers can act happy when they’re part of a royal mess!

Those that attended the Royal Soapie Awards ceremony last week are still hanging their heads in shame after witnessing a comedy of errors. After a two-year hiatus and numerous postponements, the awards finally took place at Emperors Palace in Kempton Park, east of Jozi. But the ceremony was characterised by one mess after another.

Winners of the Royal Soapie Awards had no trophy to show for their grind because there was only one trophy winners had to share and leave on stage after their speeches.


When the first winner was announced, the award was grabbed and an announcement made that there was only one trophy for the ceremony.

Said one actor: “To tell you the truth, it was disappointing. Actors work hard for their work to be recognised, so they have something to show for it. But in this case, they have nothing.”

Also, the awards carried no monetary reward for the winners due to a lack of funds. Veteran actor Don Mlangeni-Nawa, who received a Lifetime Achievement Award, bemoaned the lack of money.

Said Don: “I wish this was accompanied by money, as we need money as actors. We’re tired of dying broke.”

His words were echoed by Isibaya actress Thembi Nyandeni, who took home the gong for Outstanding Actress. She said while she was happy with the award, she wished it was followed by money.

“I wish this wasn’t just an award, but that there was also money that comes with it,” Thembi said.

As if that wasn’t enough, organisers announced Isibaya as the Best Soapie, as “voted by viewers”. But the award was later repossessed and instead given to SABC1 soapie, Skeem Saam.

The sudden change left Isibaya crew very angry. The evening’s MC, Mpho “Popps” Modikoane, tried to explain unsuccessfully to a perplexed audience that there was an error in the announcement of the Best Soapie category.

When Isibiya was announced the winner, the show’s cast and crew flocked to the stage. An actress, who had gone on stage with the cast, said she was disappointed the awards were so disorganised because, “what if they were live?”.

“I don’t want to judge the awards, but am not happy about what happened,” she said.