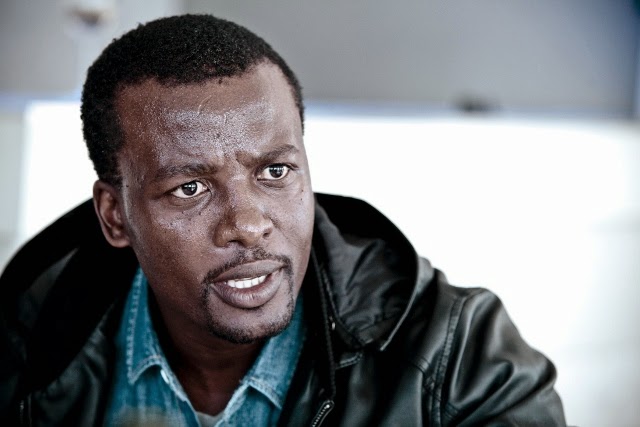 Activist and actor Tony Kgoroge is tipped to take over Mpumelelo Bhulose’s character on e.tv drama series Imbewu: The Seed.

The president of Cultural and Creative Industries Federation of South Africa will portray the role of Zimele Ngcolosi Mkhize, from which Bhulose was fired recently.

Sources close to Imbewu production said Kgoroge was in Durban recently where he was shooting the scenes. He is expected to start appearing on Imbewu next month.

Kgoroge confirmed he would appear on e.tv soon but refused to name the show.

“I can confirm that I am doing a production for e.tv but I cannot talk about it at the moment because I have not signed a contract. But it is not Imbewu,” Kgoroge said laughing.

Michael Pocock, the publicist for e.tv, said: “The official announcement regarding new talent on Imbewu will be made in due course.”

Tony Kgoroge is best known to television audiences for his leading roles in the series Gaz'lam (2002-2003) and Zero Tolerance (2004), both of which he left after one season.

He is also known for his roles in numerous feature films including Hijack Stories, Gums and Noses, Hotel Rwanda, Lord of War, Blood Diamond, The Bird Can't Fly, Skin, Invictus and The First Grader.

Other television series he has acted in include Isidingo, Dark Angels, Deafening Silence, Soul City, Madam and Eve, Homecoming and Life is Wild.

He controversially withdrew from the M-Net soap opera The Wild in 2011, before the show premiered, due to a contract dispute. He was replaced in the role of Tiro Lebone by Putla Sehlapelo, who had to film more than a month's worth of scenes that Kgoroge had appeared in.

He has also acted in numerous theatre productions including Joseph, Mooi Street Moves, Fiddler on the Roof, Woza Albert and Equus.

He was the subject of an episode of the Nicky Greenwall-hosted documentary series The Close Up, which aired on e.tv and the eNews Channel in 2012.

Tony is multilingual, speaking English, Tswana, Afrikaans and SeSotho. He is married to actress S'thandiwe Msomi, with whom he had a child in 2000.

Imbewu is about a businessman who has built a business empire and wants his children to take over from him.

Kgoroge joins the drama series just as Zimele makes a shocking discovery that none of the children he has built this empire for are his.