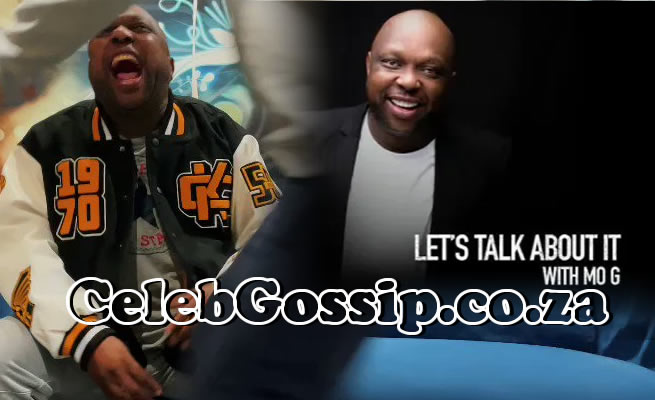 He was introduced to radio in the early 2000s by broadcasting veteran Tich Mataz when he joined Highveld radio.

Since then, his loyal listeners followed him and his career, starting with when he moved to 5FM, then Radio 2000, Kaya959, and eventually Metro FM.

But his time at Metro FM has come to an end.


The SABC has now confirmed that broadcasting veteran Mpho Madise, affectionately known as Mo G, has officially been removed from the Metro FM airwaves “due to material breach of contract”.

In a statement by the SABC, they said Mo G’s contract has been terminated and they will inform listeners on who will be taking over going forward.

“Metro FM will communicate in due course who will take over the show and a big thank you to the team that has held the fort during this period,” said Metro FM Business Manager Kina Nhlengethwa in the statement.

It is not the first time a radio jock has had his name splashed on headiness for the wrong reasons.

The dismissal follows a few weeks after Mo G made headlines for failing to return his friend Jabu Browns’s BMW X3, which he allegedly borrowed to use and test drive for two days but was untraceable for a week.

In several posts on social media, Jabu said the car was meant to be reviewed for a segment on Let’s Talk About It With Mo G on Metro FM.

A video of Mo G and Jabu at Disoufeng, a Soweto pub resurfaced, and they are seen wrestling over the car keys until authorities came to the scene.

MetroFM Dj @mog_moments refusing to bring back the car I borrowed his.. his currently playing @disoufeng soweto and called the security on me.. pic.twitter.com/BvTeEA34zo

“Metro FM DJ Mo G refusing to bring back the car I borrowed him. He is currently playing @disoufeng Soweto and called the security on me,” Jabu said in one of several posts on social media.

Mo G has remained mum about the car allegations and the altercation.

A few years ago, Mo G was held in custody for allegedly absconding with a Volvo S40 sedan from a dealership while taking it for a "test drive”.

The car was reported to have been recovered after four days after traveling 3 600km.