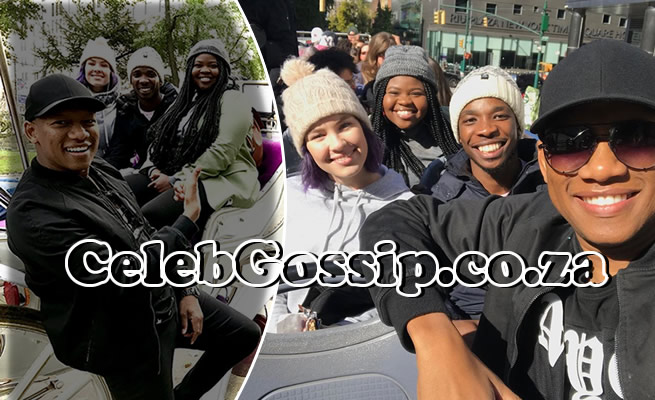 The Idols SA top 3 are having the time of their lives in the Big Apple.

Straight after the show on Sunday, Micayla Oelofse, Luyolo Yiba and Sneziey Msomi jetted off to New York for a whirlwind tour of the city, with host and executive producer ProVerb.

While there they are staying at the Millennium Hilton New York One UN Plaza, which is based in Midtown Manhattan and is a short walk from Grand Central Station and has excellent views over the East River.

During their jet-set trip, they will take in the sights and sounds of NYC including Times Square, Brooklyn Bridge, Lady Liberty, Rockefeller Centre, Central Park.

Armed with their $1000 (R15 000) spending money from Old Mutual they will also visit the Woodbury Commons Retail Outlets for some retail therapy.

But it's not all play they will also be preparing for Sunday night's performances and working on their brand-new singles.

ProVerb shared some snaps of their first day in the city on Instagram – from sightseeing, to a carriage ride in Central Park they are living it up!

The @idolssa Top 3 about the enjoy Central Park by horse & carriage. #IdolsSA

Every Pro was once an amateur. Every Expert was once a beginner. So dream Big and star Now!