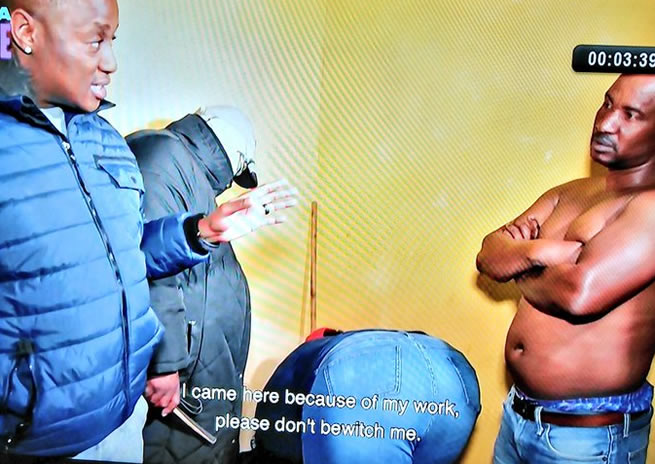 Uyajola 99 was on another level last night. The two episodes were of women who had taken their boyfriends to the show not knowing that they were actually nyatsis in their respective relationships. The first episode featured a lady who had given her boyfriend R1500 after he said he was going our with his friends, only to realise that he was actually taking his other makhwapeni to Sandton with her moola.

When the Ujayola 99 crew landed at the house where the boyfriend was, they found him busy with the suspected cheater. There was muthi involved and a necklace with a baboon's hand. A shocked Jub Jub told the man that he was just there to do his job, he should not bewitch him. This was definitely a hilarious show and Jub Jub's reaction was everything.