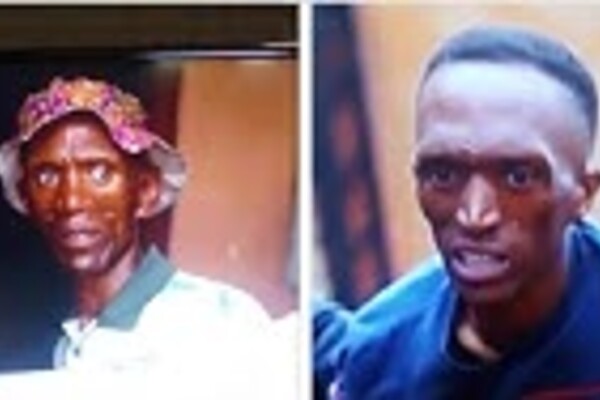 "Me and my son live together. We were acting – we did this for money."

MZANSI WAS shocked and surprised when the Uyajola 99 cameras found the atchar lady in bed with her lover.

But the biggest surprise was yet to come! THE PROGRAMME – ACCORDING TO THE PEOPLE IN THE SHOW – IS A LIE!

After the programme on Moja Love was screened on Sunday and immediately started trending, Daily Sun received tip-offs from furious neighbours who claimed Themba Zwane and Tebogo Motie live happily together in Finetown in the Vaal, while the show presented Themba as somebody else’s child.

The angry people said they grew up with these people and they were shocked by the lies they saw on TV.

She said her son told her he’d be on TV before the show was even aired.

Sarah told Daily Sun that Themba’s mum died in 2006 and that Titi, who pretended to be Themba’s mother, was actually his aunt in real life.

“Themba and his father live together!” she said. She confirmed that Bra Voice, who was supposed to be the long time lover, and Tebogo are actually brothers-in-law who live in Finetown.

She went to the house with the People’s Paper.

Titi told Daily Sun they were just acting and she is happy to be a celebrity. She claimed that she and Voice are lovers and live together. She said they were promised R20 000 to make the movie. Titi said Jub Jub and Themba were together in prison.

Tebogo, who acted as the neighbour that was sneaking around with Titi and ended up having a child named Themba, confirmed they were acting and had done it for the money.

“Me and my son live together. We were acting and we did this for money!”

Moja Love responded as follows: Following our meeting with your publication’s editors, wherein as Moja LOVE out of respect for the work of Daily Sun in informing the people, we availed the participants of Uyajola 99 as per the inquiry we received. We also deem it necessary to bring to your attention pertinent information which we believe will also assist in providing the context to the questions posed to us.

We would like to bring to your attention that in addition to the family’s retraction of the information alleged to have been given to the reporter, the two participants, the mother and the father, are married and have been married for years.

As a result we believe that renders any insinuations that they are not partners to be ill informed as suggested by the information in your possession. We bring to your attention that the mother has unequivocally indicated that she only confirmed that they were paid to the reporter merely to dismiss her neighbour whom she said was nosy and would not have stopped harassing her family for information. Bear in mind that the mother was suffering significant public scrutiny and felt humiliated.

It is therefore reasonable that she felt the need to clarify the information with you at your offices to ensure that the article that will be published will be a true reflection in terms of context and all, about what transpired at her home. The experience has been psychologically draining for the family and the channel is currently offering counselling sessions to the family. We also believe that it’s worth sharing with your paper, that the channel, before flighting the episode, as part of its due diligence interviewed the complainant who confirmed that the information contained in the episode was authentic.

The complainant also said he was happy with the episode and gave consent for broadcast so that we do not infringe on their privacy.

We are happy to share the video with your publication, as we believe it will help in giving the reporter a proper context. While watching the video you should notice the date it was taken to prove that the interview happened before the episode was flighted on TV.

The series Uyajola 9/9 has three presenters who are also co-producers on the production.

The channel believes in empowering young upcoming creatives and will continue to give them support as they continue to be season producers.

The three presenters are Dr Mvelile Gqwede, popularly known as Dr Love, Molemo “Jub Jub” Maarohanye and Moss Makwati, co-producers for the show and who contribute stories which the channel validates.As a channel our mission is to create content that is authentic to the lived experience of our communities.