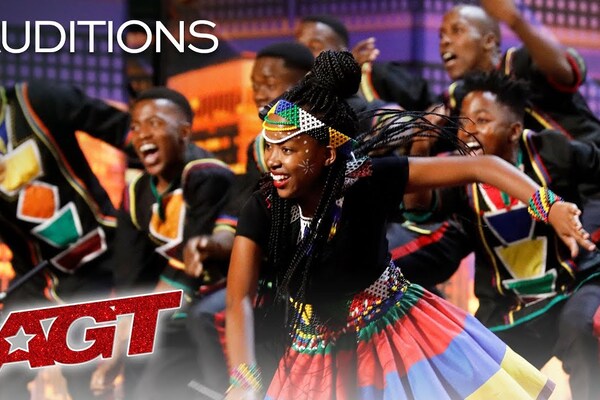 The Ndlovu Youth Choir served the magic of Africa on the America's Got Talent stage on Tuesday night when they performed in this season's final of the hit TV talent search competition.

The South African group had the show's judges and audience on their feet and dancing along to their high-energy rendition of Toto's Africa.

The group amazed the judges with their rendition of Steve Winwood's Higher Love, (later covered by Whitney Houston), in the semi-finals and promised something bigger and better for last night's show.


Dressed in sunny yellow ensembles, the group started their performance with a solo that left us with goosebumps, before the rest of the choir joined in.

It was a celebration of Africa as the choir sang and danced in beautiful unison.