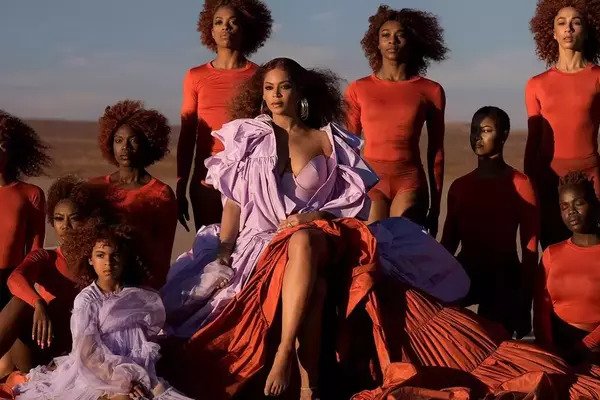 Beyoncé’s new record, The Lion King: The Gift, was supposed to bring us all closer together but it’s pulled Africans further apart

Not only is she being accused of plagiarism, but she has sparked a Nigeria vs South Africa Twar!

When Beyoncé released her music video for Spirit, her lead single from the brand new Lion King feature film, we were excited by the numerous African references in the music video.

It was patriotic, authentic and recognisable – perhaps a little too recognisable, because after replaying the video a number of times, a few tweeps picked up on some disturbing similarities between the Spirit visuals and several scenes from Petite Noir’s own creative video, La Maison Noir.

A number of sharp-eyed viewers took to the timeline to call out Beyoncé for what they believed was plagiarism, after noticing a number of creative similarities between Spirit and La Maison Noir.

In fact Gabrielle Kannemayer, who worked on Petite Noir’s project as an art and fashion director, went to great lengths to point out a number of scenes that she believed were lifted from the body of work to which she contributed

She wasn’t the only one, either. Once she called out Beyoncé and her team, a number of fans continued the conversation online:

Her “love letter to Africa”, a new album titled The Lion King: The Gift, appears to have sparked a social media feud between South Africa and Nigeria.

She probably didn’t mean to cause any drama when she unveiled the tracklist for her Lion King-inspired album. The new record features South Africans Moonchild and Busiswa, along with a number of Nigeria’s biggest stars including Tiwa Savage, Wizkid, Burna Boy, Yemi Alade, Mr Eazi and Tekno.

While it really shouldn’t have been a competition, shots were fired from the West when a number of tweeps tried to rile our celebrities by pointing out that more Nigerian artists were featured than South African artists:

Unfortunately for the tweeps in question, they weren’t prepared for AKA and Karabo’s replies which showed just how much influence South African talent had on the entire Lion King franchise:

Do you know who Lebo M is? https://t.co/wWtRyILAjG

Khaya Mthethwa as the choral music director, Lindiwe Mkhize, DJ Lag. The opening song being in a South African language. Should I continue?

Karabo’s South African fans were amused by her reply which sent the Nigerian hater packing:

While AKA was keen to point out that regardless of how many singers were featured from which countries (a mention for Ghana’s Shatta Wale!) this was a big win for Africa, rather than a petty squabble between two of the motherland’s nations:

AFRICA to the world. https://t.co/plWwHTrES1

Let’s just hope that this isn’t the last time Queen B decides to collaborate with talent from this continent!

In the meantime, let us know if you see any strong similarities between Beyoncé’s and Petite Noir’s visuals: