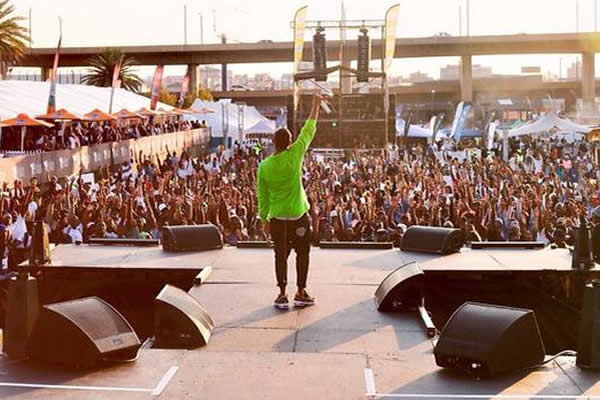 Hip hop heavyweights were once again united at Back To The City, Africa’s biggest hip hop festival on Friday, April 27.

Some of the evening's highlights include KO aka Mr Cashtime, Shane Eagle and the ever so gorgeous Londi London who caused a frenzy when she joined fellow musician Gigi Lamayne on stage.

AKA wrecked havoc when he came in as a surprise act. The crowd went wild as Supa Mega performed some of his hit tracks.

After 12 years of bringing the youth together, BTTC announced that the movement will be coming to an end in 2021.

From the daytime events to the night performances, this is one time that the inner city comes alive with true freedom of expression providing a destination for hip hop fans, artists and industry related individuals to converge and celebrate the experience of hip hop and youth culture.

Back To The City takes place every on April 27 at Mary Fitzgerald Square, downtown Jozi.