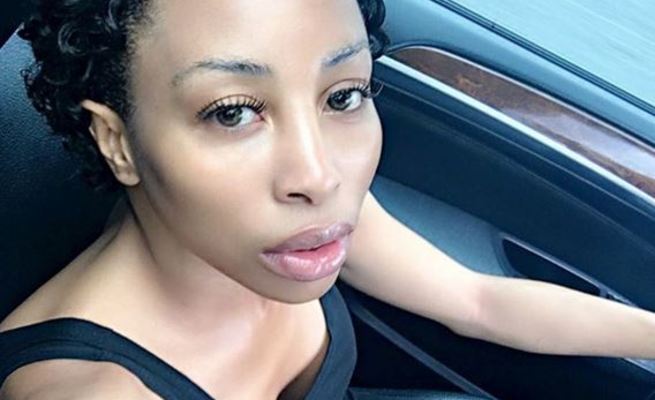 Last month Khanyi Mbau revealed that her latest project, Red Room will be released in March this year and before the momentum of the new movie has settled she has opened up that she has got another project which is underway.

Khanyi told SABC 3 Expresso that she is going to release a film project soon which is a musical film one. Mbau said that the project will be different from the other projects that she has worked on so far.

“I have another project that is coming up soon where I will be like Whoopi Goldberg as it is a musical project.I am also looking forward to that project as is it is unique and different from the other projects that I have done before,”

Moreover, she did not give a hint on when the movie is going to be released or its title.

Mbau also talked about how she separates her real life and the characters she plays on set on her films.

“I get in the character when I am on set, for an example, the character that I play on Red Room is that of a woman who is bitter because of failed love, so she kills people and does all bad things but that’s different from my real life. So many times Khanyi would want to come out but I would suppress her so that I play the character for the role I will be playing,” she said.

Khanyi has since upped her game as she is also hosting a celebrity gossip show on SABC 3 called The Scoop.

The television and radio personality, although having been in the press for negative news which included sugar daddy drama in the past years decided to make money on her own and out of her own projects and she told City Press that it feels good for a woman to work and get her own money.

“There is no power like a woman who makes her own money.I always tell people that a woman’s wealth is in the strength of every dime that she has made, so it has empowered me, given me confidence and enough brains to want to make my own decisions because I own every minute of my day,” she said.

Khanyi Mbau is one of women celebrities that has achieved a lot in the Arts industry over the years.

We wish Khanyi all the best on her new project.