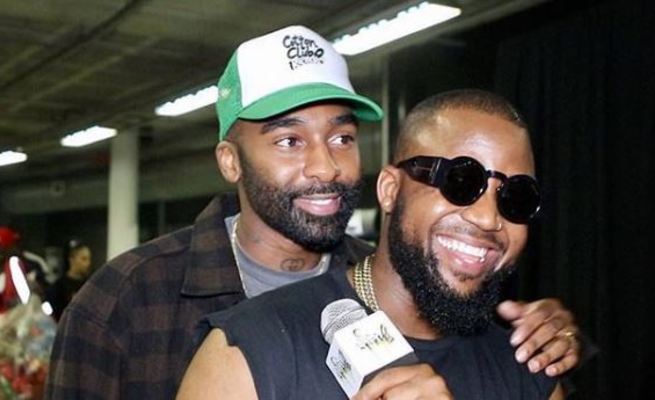 Cassper Nyovest has put an end to all speculation linking him to this coming weekend's inaugural Cotton Fest after he confirmed he will not be performing.

Well, that settles it.

Riky Rick, who has been friends with Cassper for as long as we can remember, will be hosting his first ever music festival this weekend with the highly-anticipated Cotton Fest set to take place on Saturday.

The festival features 80 acts on two stages for one day of the finest music and culture on the scene. The line-up features all of Mzansi's hip hop heavyweights; from Kwesta, to AKA, to Nasty C and Obviously Riky himself. The only person missing? You can take a guess…

If Riky really let Moozlie perform at cotton fest and not Cassper, then there really is some kind of beef behind the scenes

The speculation that something could be up between the two rappers was rife a few weeks ago, but Riky put that to bed, adding that a surprise act was in the wings (and if you look at the poster you will see!).

This left the door open for Cassper to come through and put an end to all speculation that there is beef between him and his longtime friend and collaborator, Riky. And when offered the opportunity to do so, Cassper, instead, added more fuel to the fire:

A lot of people have been asking me if I’m a surprise act for Cotton Fest. No I’m not , I wasn’t booked for the event or even asked to be part of it but I don’t have beef with not being part of it though. It’s dope to see SA hip hop unite & create dope moments. I’m all for that.

Sorry to disappoint you. I’m really not. https://t.co/p5iKBGfrNM

Truth be told, Riky and Cassper's friendship has looked a little shaky for the past few months (from the second half of 2018) but nothing has raised concern more than the announcement of this line-up which excluded Mufasa. After all, Riky performed at a number of Cassper's Fill Up concerts; the two have been frequent collaborators over the years but things have not appeared to be the same between these two for some time.

This leads us to wonder if there's anything going on between these two behind the scenes. While both rappers have been careful to not mention the word "beef", fans are not fooled and can sense that something is going on:

What do you think is happening here? Is the bromance over between Riky Rick and Cassper Nyovest?