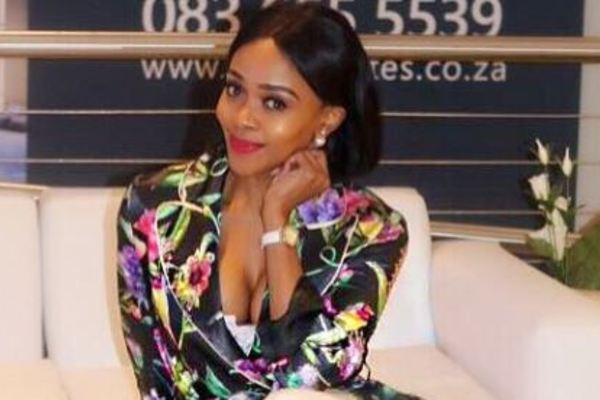 For many years, Thembi Seete has struggled with her weight just like many of us. With her fluctuating weight and dealing with the pressures of life, keeping a stable weight proved to be quite a challenge for the mother of one.

In a recent revelation, the entertainer and businesswoman shared her naked truth about the extreme lengths she went through just to maintain a small figure as a young woman.

Thembi also admitted that she was so obsessed with being skinny that at some point, she even began starving herself.

Another common mistake she made when it came to her weight was that she compared her body with that of a childhood friend, who was tinier than her.

“Growing up I was obsessed with the idea of being skinny. My best friend at the time was pretty tiny, she would wear anything and everything, from crop, tops to short skirts (Aaliyah look) and she would still look great effortlessly. Me, on the other hand, I would wear my crop tops with a bra and short skirt with tights because I was ashamed of my weight.”

Thembi further admitted that although starving herself did help with losing weight, the crash diets did not help in keeping the weight off, and caused a lot of side effects that affected her health.

“….I then decided to drink diet pills and experimented on crash diets by starving myself daily, which worked because I lost the weight but yet I felt like I was dying. I felt weak most of the time, my heart rate was high, felt constantly tired, sleepy and my concentration span was short. I then went back to my bad diet habits because of my cravings and guess what? I gained the weight back 10 times more than before and this time my bad habits affected my skin.”

Thankfully, Thembi no longer makes such hazardous decisions and has found healthier means of maintaining her weight.

The musician and actress also expressed that she would love to inspire other people to live healthier lifestyles by having them follow her fitness page on Instagram. The page is not only meant to inspire people, but to also help those who are looking to shed some pounds.

It is also quite clear that health and fitness runs in the Seete family as Thembi’s younger brother, Moagi, is also a fitness instructor who has helped many with their weight.