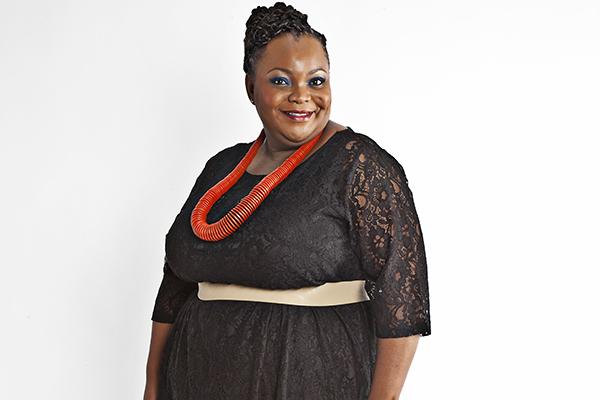 SHE is better known as Gloria on e.tv’s soapie, Scandal!, but in real life she is Marjorie Langa (39), mother to seven-year-old, Chibuike Adumike.

In real life, she happens to be a toned down version of the over-the-top and dramatic character viewers have fallen in love with over the past six years. In an exclusive interview with Move!, she opens up about her love for her craft and life, being a single mother, the challenges of dating and moving on after trying to nurture a relationship with her absent father.

BEING A SINGLE PARENT

Marjorie is raising her son, Chibuike, alone after getting divorced from her Nigerian ex-husband six years ago. “He is the reason I wake up in the morning. I am not just raising him for myself, but I am raising him for the world,” says Marjorie, who adds that, out of all the values that she teaches her child, respect is non-negotiable for her.

“There is nothing more pleasant than a respectful child. He knows that please and thank you are important expressions,” she says, adding that she wants her son to be the perfect gentleman.

Although Marjorie is not with her child’s father anymore, she holds no grudges about them going their separate ways. In fact, over the years, she has been dating but she admits that for her this is a big challenge.

“It is just tricky. I don’t want a fan. I want a man, not someone who is going to call me to put me on loud speaker, so his friends can hear that it’s Gloria from Scandal!,” she says with a smile. Without getting into a lot of details about her love life, she however, confirms that there is someone currently making her smile and she is easing into it.

FORGIVE AND MOVE ON

One of the things Marjorie isn’t willing to compromise on, is her son growing up without having a relationship with his father in his life like she did.

“I know how it feels to know your father and not have a close relationship with him,” she says.

Being the strong woman that she is, she tries to hold back her tears when she speaks about her father who abandoned her, but this proves challenging. With tears in her eyes, she says, “I tried all I could, and he still was not willing to build a relationship with me – her daughter.”

As painful as this was, she decided to move on with her life and not carry the burden of not having a father who isn’t interested in her. She actually has a father-figure (step-father) who supported her and took care of her very well. “I have forgiven him, not for him but for me. For my peace, I have forgiven him,” she says.

Whoever said ‘what is meant for you, will be’ was spot-on and this reflects in Marjorie’s life. She studied Bio-Medical Technology and ended up working as a micro-biologist where she worked in a lab for five years. Her bubbly personality was too vibrant for the laboratory.

“In there, I needed to focus and honestly I love talking. I just found it to be boring. When my colleagues in the lab suggested that I go and act, I laughed it off because I could not imagine how or where I would even start,” she says.

As fate had it, her then neighbour also suggested that she goes for acting and she decided to try it out and she has never looked back.

“I really am grateful for this talent God has given me. I didn’t have to go to school for it, but I do it so well,” she says.

Her character, Gloria, was not meant to last as long as she has, but six years on, viewers are madly in love with her. “Gloria was a small role. When I started playing her, I honestly didn’t believe that there could possibly be someone like Gloria who is so loud, a crook, and just simply over the top,” she says.

When the e.tv cast goes on road shows, Gloria needs two extra bodyguards because it can get really crazy in the crowd. Her son Chibuike doesn’t like it at all.

“This other time, we went to Limpopo and a crowd was surrounding her. I thought something bad was going to happen to her and it made me sad and that’s why I don’t like it,” Chibuike says.

Sometimes it gets so hectic that she realises that she didn’t prepare herself for the implications of being famous.

“I was just not psychologically ready for the response. It can get really overwhelming that I don’t go to certain places because I can never get anything done without fans showing me love,” she says.

Marjorie loves being Gloria. It is still exciting for her to be on TV every day. However, when she is not Gloria, she is a businesswoman who dabbles in serious spaces. “I love business and more success is going to come and in due time, you will hear about the work that I continue to do,” she says.