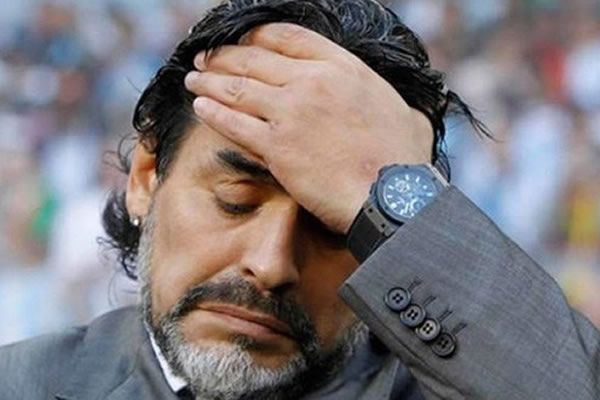 The alleged romp took place at the Costa Galana Hotel in the city of Mar del Plata in the Argentinian province of Buenos Aires in 2006 – and was so loud it kept people up.

Argentinian TV star Mirtha Legrand says she heard Maradona and Nara making love and they were so noisy she could not sleep.


Legrand told TV programme 'La Noche De Mirtha': "Wanda Nara came up to me. She said 'Why don't you invite me onto your programme?'

"I responded 'You? Who went out with Maradona? Last night you didn't let me sleep.' I was in the presidential suite, next to them and I couldn't sleep because of the noise.

"They moved furniture, I don't know what they were doing. This is the truth. I was an auditory witness to their rampant sexual encounter."

Nara has a history with Argentinian footballers, having been married to former Barcelona player Maxi Lopez before divorcing him and marrying his friend and former Sampdoria teammate Mauro Icardi.

Lopez had taken Icardi, 23, under his wing and was somewhat of a role model for him during his younger days.

But when Lopez's marriage to Wanda fell apart, he was soon stabbed in the back by Icardi.

She gave birth to Lopez's three sons – Valentino, Benedicto and Constantino – during their marriage, but has already have two daughters together.