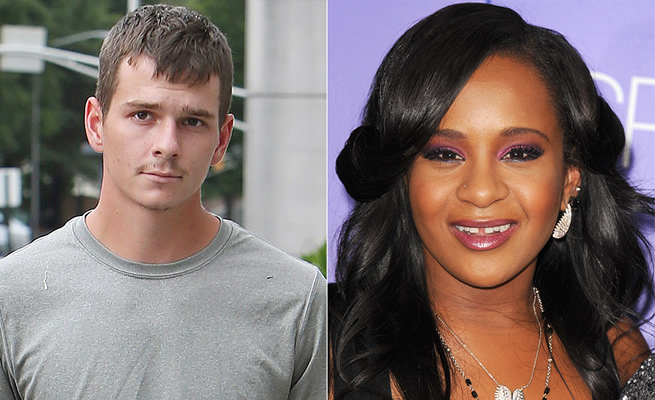 THE close friend who found Whitney Houston's daughter face down in a bathtub has died of a suspected overdose, reports claim.

Max Lomas who apparently was an ex-boyfriend to Whitney's daughter, was the first to discover Bobbi Kristina Brown, 22, unresponsive at her home in Georgia in January 2015, six months before she died in a medically induced coma.

Now, two years later after he made the chilling discovery, Lomas has been found lying motionless on the ground with a syringe near his body while visiting a friend in Mississippi, TMZ reported. His pal became very concerned when he did not emerge from the bathroom for quite some time on Wednesday night.

Lomas, who was accused of supplying drugs to Bobbi Kristina, was rushed to a nearby hospital where he was pronounced dead. He played a huge part in the mystery surrounding the death of Bobbi Kristina who was found "immersed in water" with drugs in her system, according to a medical report.

Shortly after her death, he opened up about how he dragged her out of the bath before calling 911 in a desperate bid to save his friend's life. He told People magazine: "I picked her up out of the water and laid her on the ground. I saw the colour of her face and that she wasn't breathing."

Max revealed that Nick Gordon, who was believed to be engaged to Bobbi at the time, gave her CPR. Still haunted by what happened the evening, Max added: "Nick was hysterical, on the ground outside, kicking and screaming.”

Her estate sued her boyfriend Nick for wrongful death, accusing him of assault and other offences. An attorney for Gordon called the charges baseless, but after Gordon failed to defend himself in the civil case, a judge ruled against him in 2016 and ordered him to pay £28million. Her mother, Whitney Houston, died in 2012 after she drowned in a bathtub. Coroner's officials ruled Houston's death accidental and said heart disease and cocaine were contributing factors. Last month, her dad Bobby Brown denied his tumultuous marriage with Houston ever turned violent, despite a 2016 interview with ABC's Robin Roberts in which Brown said he once hit her.

Asked about the allegations involving Houston, Brown did not answer directly, but instead described his own childhood experiences of domestic violence.

He said: "I grew up in a domestic violence home. I've seen it firsthand. It stopped after my mom was not going to have it anymore. They both would do it to each other. I'm happy that part of my life is over. I'm ready to move on. I'm becoming a better man, father and brother. This is all about being there for someone else, so they won't have to go through it by themselves."'

Houston called police just outside Atlanta in December 2003 to report that Brown threatened to beat her and then hit her in the face, leaving her with a bruised cheek and a cut inside her lip. But Brown described the incident as a "little spat" saying the two were playfully "slap boxing" before Houston took one of his jabs a "little serious."

A judge in May 2004 ruled there was enough evidence for Brown to stand trial on misdemeanour battery charges.