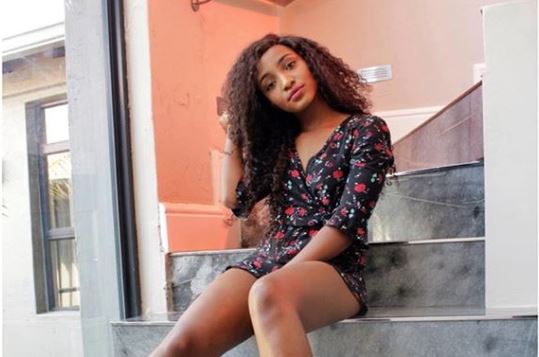 Actress Nozipho Langa has been starting fires in her social media DMs with her saucy snaps, but says she doesn't mind peeps trying to take their shot.

The star, who plays the role of Glenda on Skeem Saam, told TshisaLIVE that her inbox was filled with thirsty people trying to make their move.

"I have people who always try their luck. They are like 'hey!' or say random things. Some say they like me, others say they admire me. It's a little silly and I don't really pay too much attention to it but it is flattering. I don't mind them taking their shot," she said.

Nozipho said she was also getting random people calling her to try their luck.

"I get calls and people say they are looking for Glenda. I am like where do they even get my number? It is a funny thing that happens all the time. Sometimes I will pick up and they will recognise my voice and say: 'Hi Glenda.' if it gets too creepy, I'll drop the call and block the number."

Sis says people will always take their shot but she is more than a pretty face.

"People sometimes think that all I do is look pretty on tap (on demand) and don't really know the hard work that goes into it. There is so much more I am doing. I own a spa and salon in Centurion, Plush Lash & Beauty Bar. The acting came first but I had the time and I need the finances and challenge."

BTW, the star studied make-up artistry, so sis knows ALL ABOUT beauty.