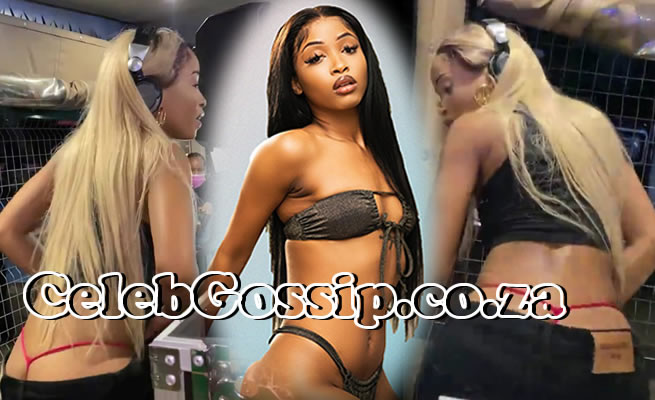 She was speculated to be queer by many social media users with some even claiming that she was a transgender woman, although she refuted the trans claims, she has now come out as a bis3xual woman who enjoys sleeping with both men and women – supposedly whoever comes first at the time!

During her Instagram live session, the 22-year-old fan favourite Amapiano DJ answered a few questions that her fans were curious about, one of them related to her s3xuality.


She shared with her Instagram followers, “I am bis3xual, but I am currently in a heteros3xual relationship,” basically stating that although she is romantically attracted to both women and men, she currently enjoys a love life with a male partner.

Uncle Waffles is undoubtedly at the peak of her career and no one is more deserving. Known for her infectious dance moves at groove, the DJ rose to fame with her deejaying career and it has catapulted her career to even greater heights with a demanding gig guide taking her from Paris, Portugal to Amsterdam and back in Jozi all in a weeks time.

She has since managed to garner a huge following for herself on social media. Homegirl is constantly booked and busy and her gig guide will leave in awe. Since she started deejaying, she has toured across the world and continues to prove that she is Mzansi's next big thing.

The DJ has not even been in the industry for a while but she has clocked in 1 million Instagram followers and we love to see it. She recently took to her Instagram to thank her fans for making her dream come true.

Months ago she topped the Twitter trends list after pictures of her posing with her dancers went viral on social media. She performed at Cotton Fest with openly gay dancers. Their performance left the crowd begging for more and it is disheartening to see them getting dragged on social media.

Social media users have been speculating that she is allegedly a 'transgender,' but her fans have lashed out at the people trolling her. They want the bullying against her to stop, and they criticized those who body shamed her because of her "small boobs."

The DJ has since reacted to the rumours and she was foaming at the mouth. In a series of tweets, she gave trolls s a piece of her mind.

"Real question. What do these pictures prove? Instead, you’re trying to bring down people who have nothing to do with this. I now have to prove my gender based off of my physique and based off of a rumour? You guys are so weird," she wrote.

"Let’s also remember that just cause someone is a public figure doesn’t make them your friend. Singajwayelani am**imba." she wrote.