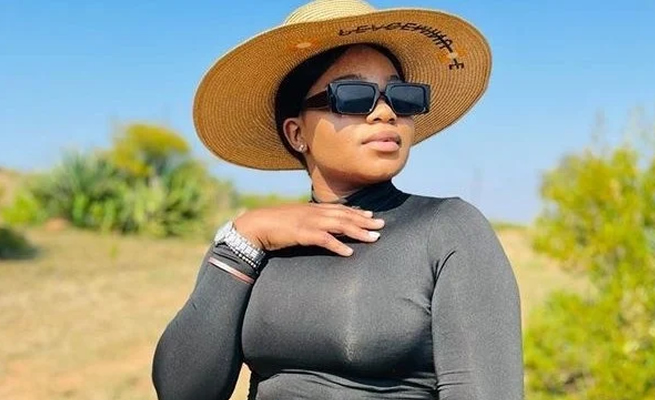 Thuso Mulaudzi's Tiktok videos went viral after she shared that what was supposed to be the happiest day of her life turned out to be the most painful experience she had ever gone through.

At first, you would think her story is just another funny video but it isn't.

Thuso and her family were ready to welcome her fiancé's family for lobola negotiations, but they never pitched.

"A man will embarrass you," Thuso says in a video she shared on Tiktok. "I am done with men. He made me wait and turned me into a laughing stock."

The young couple started dating in 2016 and had planned a life together.

She tells W24, "He proposed last year on my birthday day, but before he proposed, he came with his family to introduce themselves and make his intentions known."

It is standard practice for a family to pay a small amount as way of introduction in many cultures and this is what her partner's family did. At this point, Thuso had no reason to be concerned, as until then, everything was going according to plan.

"We planned everything and agreed that on 7 May his family would come back," she says. But the last time she had a full conversation with her boyfriend was on Friday, the day before the big day.

In her TikTok video, Thuso is seen cooking a big pot of pap in preparation for what she thought would be her in-laws coming to negotiate her lobola. A tent and chairs were hired for the traditional ceremony that was expected to take place after the negotiations. She says she paid for the DJ, catering and the traditional clothes she was going to wear.

"Some of his money was used [from the first visit]. I had to use my money to pay for everything I mentioned in my videos, but I believe he had his reasons not to come even though we were doing so well together."

"He would always be with me, and he is one person who has never cheated on me, or should I say I have never had doubts about him, or his love for me. But wherever he is right now, he is not willing to talk to me," she says.

After trying to get an explanation from him, Thuso says he said they should give it a month. But in one of the TikTok videos since the ordeal, she says, "I will never forgive him."

At the time of speaking to W24, she hadn't gotten any explanation from her boyfriend.

"I would understand if he was in an accident or something happened to him." she expresses in the video.

Other women also shared similar experiences and gave her advice. Some people laughed at her after sharing.

Other people showed concern with one asking if Thuso is sure that her partner is fine and not in ICU or dead.

Thuso responded, "He is fine. The reason why I say he is fine is that I called him today [9 May] and he picked up but he literally just didn't say anything."

Thusa says she decided to share her story on TikTok to help other women see that they are not alone and that it's not their fault when something like this happens.

"I believe that whatever he is going through, maybe if he spoke to me about it, we would have sat down before the embarrassment," she explains.

For now, Thuso wants to focus on healing. She has taken off her ring and says she wants to move on.

Celeb Gossip Sharon Banda - 9 May 2022 0
Business partnership between sultry media personality Minnie Dlamini and her estranged husband Quinton Jones has crumbled after their much-publicised separation. Dlamini and Jones, who walked down the aisle on...