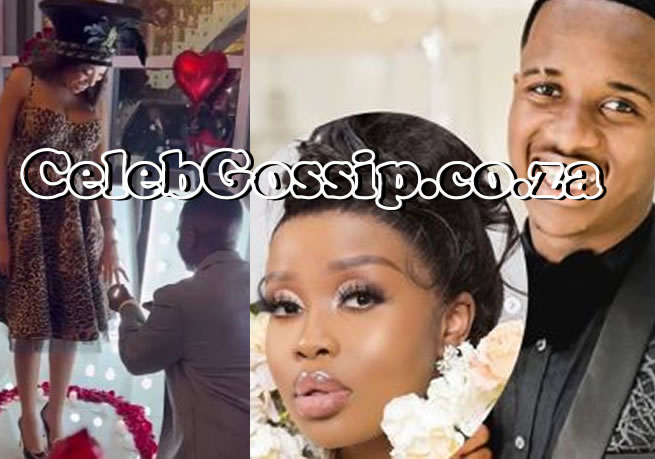 The 25-year-old model had already changed her surname from Louw to Mpisane on Instagram just minutes after her engagement went public.

Mpisane shared videos of his romantic proposal to model Tamia Louw on Friday evening, leaving South Africans wondering about his relationship with the mother of his two children Sithelo Shozi.

Congratulatory messages have been pouring in for the couple on social media, with Mpisane occupying the top Twitter trends list for most of the night.

The 25-year-old model had already changed her surname from Louw to Mpisane on Instagram just minutes after her engagement went public.

Mpisane’s relationship with the mother of his two children has been the subject of much speculation.

Shozi fuelled the flames of the rumour mill when she recently declared on an Instagram live stream that she is “married”.

One follower then greeted her and referred to her as Sithelo Mpisane in the comments on the stream.

“You got that right, I mean hello! Ngishadile! Ngishade kakhulu, phumani kumina (I am married, I am very married, leave me alone),” said Sithelo at the time.

Sithelo and Andile recently welcomed their second baby together – a baby girl named Likuwe “Coco” Mpisane. Their older daughter, Flo, turned 1 in May and she was named after Mpisane’s grandmother, political icon Florence Mkhize.