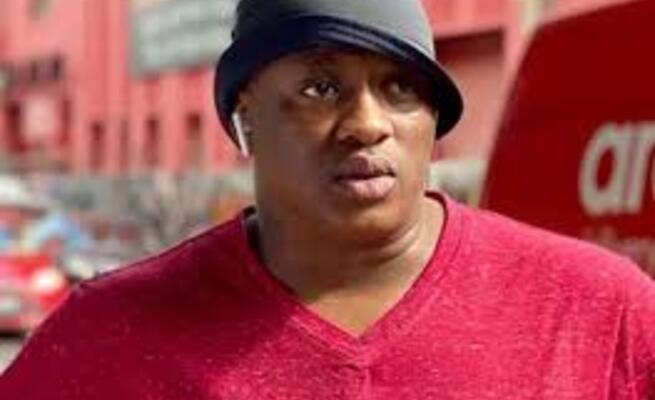 TV presenter is unhappy about what his fellow celebrities do and don't have to say about the looting.

Despite having his own stores looted, Uyajola 9/9 host Molemo “Jub Jub” Maarohanye said South Africans need to let the looters “do whatever they want”.

“Let them steal if they have to steal, let them do whatever because the government has not provided that,” Jub Jub said in a recent video shared on his Instagram account.

“It’s been simmering for a very long time… It was bound to happen ukuthi this thing iyenzekale the way iyenzekala ka khona, (went down the way it did).”

Jub Jub vs SA Celebrities + Clever Blacks 🥊 “Everybody is f*cking quiet! Nobody is saying a word” pic.twitter.com/0LHrwQz3zE

The TV presenter also let it be known he was “really disturbed about all of this” before calling out his “fellow celebrities” for being quiet about what is happening.

His rant comes after model and TV presenter Ayanda Thabethe shared her fears about expressing her opinion of what was happening in the country as it could affect her ability to book jobs in future.

As a public figure you really don’t win when you discuss your views on politics. Since the topic doesn’t help my career,
I’ve chosen to only share my views privately on any politically charged topic. But I’m definitely sad with everything going on rn💔

Jub Jub labelled people like Thabethe “the clever blacks” who think they have arrived and feel as though they’re in a position to judge the actions of the disenfranchised, that is when they are not silent on the matter.

“Stop being punks and hiding behind your fake life, this whole industry is fake. Everything is fake because these people don’t care about you, they only care about themselves.” 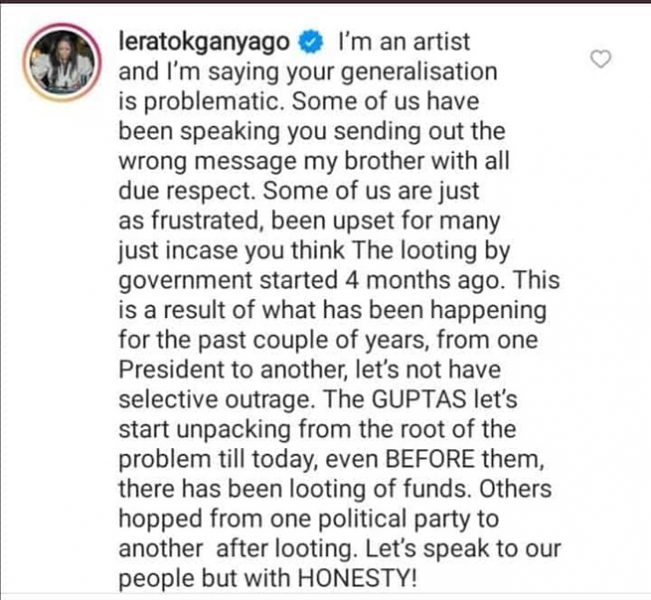 He went on to ask people what right they had to judge people who were stealing by branding them hooligans.

In Jub Jub’s opinion, things are only going to get worse from here and people are going to steal more.

Jub Jub said the stealing was “common sense” because those who stole would sell their stolen goods and use the proceeds to take care of their family’s needs.