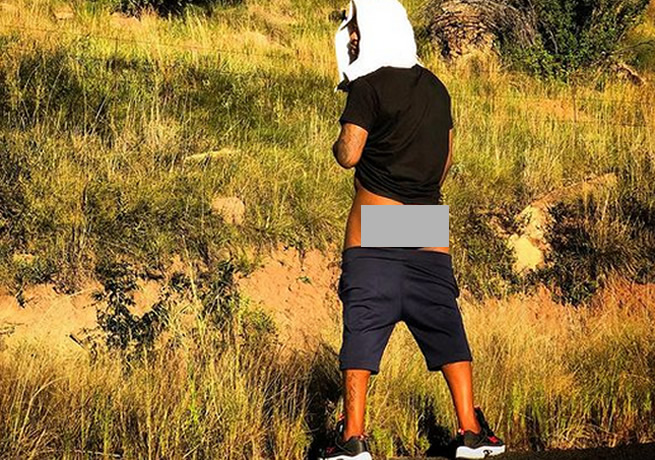 Watching the Queen is not going to be the same tonight as viewers will be doing so with a different eye.

The Queen actor, SK Khoza set tounges wagging after he posted a picture of his butt on social media, proving if there’s one controversial celebrity in South Africa, it has to be him.

He posted a picture of his behind while taking a pee on the side of the road, but covered his face, and captioned it #Views.

And a view it was because since showing off his backside for the world to see,However Mzansi had mixed reactions and many haven’t stopped talking about it.

Many felt it was a bittersweet gesture for the actor who is known to drive the ladies nuts, as some admired his toned bum while others felt it was distasteful of him to display his intimates like that.