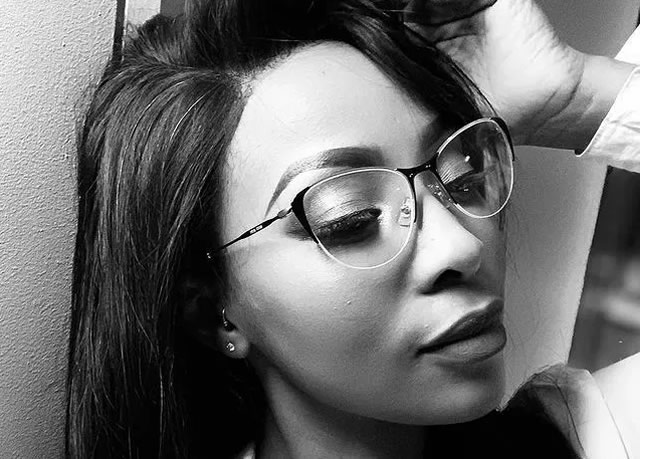 Media personality and new mama Pearl Modiadie has shared that pregnancy has contributed to her eyesight deteriorating further and sparked a conversation with other new mothers on her TL.

It's common knowledge that being pregnant and birthing a child is a taxing experience in many aspects for women, but people hardly talk about the negative effects of the hormonal imbalance, such as bad eyesight.

Pearl took to her Instagram to ignite the conversation with other women about experiencing the deterioration of their eyesight post-partum when she went to get a new pair of spectacles.

“So during pregnancy changes in hormones, metabolism, fluid retention and blood circulation can affect your eyes and eyesight and my eye test today revealed my vision has further deteriorated because of it. Any moms experienced this too?” asked Pearl.

Many women agreed that since they gave birth, their eyesight had changed for the worse and many admitted they now need glasses to assisted their failing eyesight.

One follower said: “I went through that and now ke maglasana (I wear glasses).”

Pearl replied that she wore glasses before she had little Lewatle, but her recent eye test showed her eyesight had worsened.

“We’re the same! I was maglazana before pregnancy though, now it will have to be 24/7.”

When another woman said even her wisdom teeth had been affected, Pearl connected the dots and realised she was going through the same thing.

“My eyes and my teeth were affected. I had to upgrade my spectacles and I took out all four wisdom teeth,” said the follower.

“Oh my goodness! I’m having problems with my wisdom teeth now and getting them out soon. I didn’t make the pregnancy connection until now,” Pearl replied.