Former Minister Malusi Gigaba has responded to his estranged wife Norma Mngoma’s allegations that he received bags of cash from the Guptas among other claims.

The former ANC Youth League President took to Twitter to speak out on the claims made by his ex-wife.

“To Whom It May Concern Please note that I shall not be commenting on any aspect of the Moja Love TV audition which will be airing on eNCA at 18h00, tonight. My energy is exclusively reserved for my fight with the askaris who are the de facto puppet masters. #LongLiveTheAnc!” Gibaga Tweeted on his account that hasn’t been active since 2018. 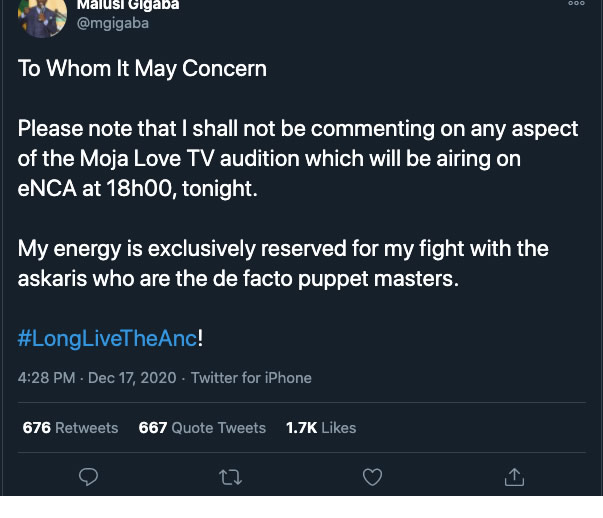 The  former Home Affairs Minister was forced to resign from his Ministerial position by President Ramaphosa in 2018.