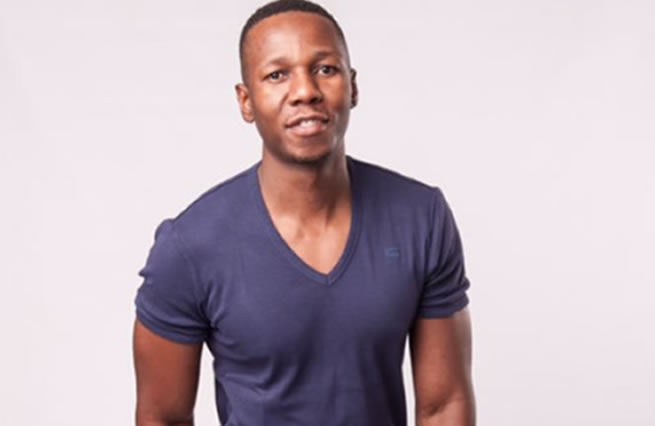 Isibaya actor Mdu Gumede's dream of a solo music career under the moniker MasterQ has hit a stumbling block before even taking off following accusations of song theft.

Gumede, who plays taxi driver Ntandane on the show, has accused Durban music producer Nokzen of stealing his song with vocalist Skye Wanda. But Nokzen has denied the accusations, labelling Gumede a “liar ”.

“I went to a studio in Durban and a friend introduced me to Nokzen. Nokzen promised to send me the song and I came up with the idea that we need to add a guitar,” Gumede says.

“He told me he knows a guy that can do that for me. I sent themoney via eWallet and this guy added the guitar.

“He came to Joburg and gave me the song on a USB. He then told me he had sent the song for mastering. After mastering, dololo [ nothing] and he just went silent. But when I released the song, I discovered he had already done so under his name.”

Two versions of the song were released weeks apart in October on digital music platforms – one credited to Nokzen and the other to MasterQ.

“How can I steal a song while I created it? He’s a liar. I own the song. I created the beat from scratch, recorded the voice, did the arrangement and mixed everything,” Nokzen said. “Skye Wanda wrote the song. He did nothing.…

“My only condition with them using my beat was that I will be featured on the song; he agreed. Because I ’ m a businessman, I had to give the song to the guy that paid me. So I submitted the finished song to the record company [Bhinca Nation], ” Nokzen said.

On all digital platforms, the copyright to Noksen’s version belongs to Bhinca Nation.

Skye Wanda said she was furious Nokzen ’ s song was released without her permission and was considering legal action.

“The agreement was between me and MasterQ, because that other person ’ s brand is useless to me. I only did the feature because MasterQ is a big brand … all I ’ m being told is that some label [Bhinca Nation] released it and no-one wants to give me a contact number.”

She said MasterQ called her into studio and they recorded the song. “I billed him the session fee and he settled it.

Then DJ Nokzen produced the beat and I wrote the song…in a situation like that, I keep 50% of ownership as per industry standards.

“To my knowledge, the song was still being polished but then I saw it on digital platforms. I’m not sure where it went wrong but all I know is that he [Nokzen] had no right to release the song without my permission.”