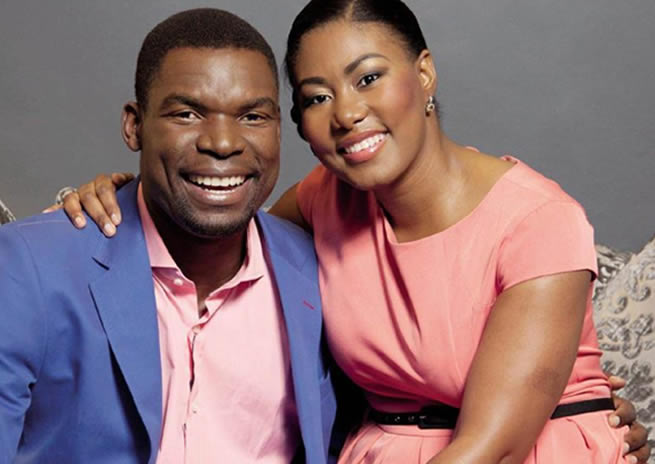 According to reports actor Gabriel Temudzani, who plays the role of Chief Azwindini Mukwevho on Muvhango has split from his wife Refiloe.

Although his fictional character of Chief Azwindini is well known for his stable polygamous marriage, his real life marriage seemed to have hit the rocks.

Sources close to the couple said, Gabriel Temudzani’s wife dumped him and he is reported to be staying alone at their matrimonial home, North of Johannesburg.

However some sources claim that if was Gabriel who decided to end his 7 year marriage to his wife.

It is believed that the couple tried to go for counseling and they even involved their families in efforts to try to make their marriage work.

Gabriel and Refiloe dated for 10 years before they decided to tie the knot.

Gabriel has pointed out that fame definitely has it’s price.

"Being on TV doesn’t mean one is an angel and it doesn’t mean one should stop having fun. Being a celebrity puts us under so much pressure because our lives are forever scrutinized. You end up being deprived of living your life the way you want to,” he said in the past

Gabriel and his wife during their happier times were always romantic, always showing their couple time together and going for vacations.

Last time they they celebrated their anniversary they vowed to stay together.

"Happy Anniversary to us As we grow older together. As we continue to change with age, There is one thing that will never change. I will always keep falling in love with you.

When I look back I can firmly say; God’s promises sustained us. As the writer says “Forever is a long time, but I wouldn’t mind spending it by your side."