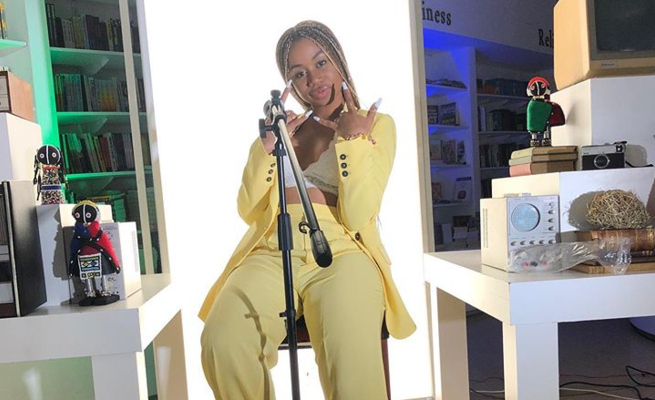 Zimbabwean songstress Sha Sha is the toast of Southern Africa on Monday after she walked away with the Viewers Choice Best New International Act at the prestigious 2020 BET awards.

The songstress signed to DJ Maphorisa's Blaqboy record label in 2018, and has featured on several hits with Maphorisa and DJ Kabza de Small.

She beat out Rema from Nigeria, Celeste and Young T & Bugsey from the UK, and Hatik and Sracy from France. The award is decided by fans.

The award was presented by Mzansi's own Nomzamo Mbatha.

Accepting the award, Sha Sha thanked her fans for their support and dedicated the award to those who had always stood by her.

One of the first to congratulate Sha Sha on her award was last year's winner, SA rapper Sho Madjozi.

“Sha Sha, congratulations. It’s one of the best feelings in the world,” Sho wrote.

Sho was nominated in the Best International Act category at this year's awards but lost out to Burna Boy.

She was disappointed but promised fans she would push on and make a big announcement on Tuesday.

Meanwhile, the social media streets were packed with messages of congratulations for Sha Sha, making her one of the most talked about topics on Twitter.

Well done Sha Sha you have made us proud,your music has changed so many lives,you deserve it. @ShaShaOfficial_ 😭😭😭🙏❤🔥♨#ShaSha #BETAwards2020