Home Celeb Gossip Lebo M who was set to get married for the 5th time... 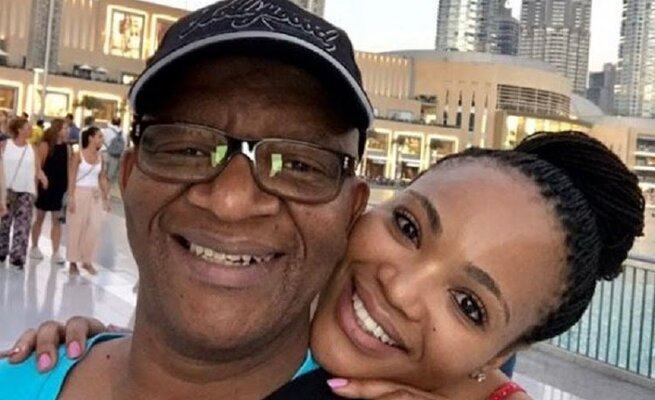 Lebo M got engaged last year to the beauty a expected to tie the knot this year.

However celebgossip.co.za has learnt that the couple split in January after Lebo started entertaining his ex-wife, Angela Ngani-Casara.

Recently rumors about their separation circulated on social media and Ntsala had this to say:

"Its been 5 months already what do you want to know?I'm so over it. We broke uo in January, what is this now, It's June? I don't understand why you want to write me in Lebo's stories,"she said.

According to Ntsala, their relationship ended because she and Lebo M grew tired o each other.
"Relationships are relationships guys, they die, sometimes they work out, sometimes they don't.
'I mean really, there is nothing i can say. He was a good and amazing partner but we have to be where we are today and I'm so happy for him.
'We both were tired of each other.you know relationships, we decided that you know what, this is not good for us. This is not for us."

She also said despite the break up, there was no bad blood between them.

"The wedding was supposed to happen this year but no,it didnt happen.

Speaking on claims He is dating a popular musician already Ntsala said,

"I thought he is back with Angela, what happened?

This is Lebo M's forth failed relationship.

Lebo M married Vivica Gibson for 5 years.
Divorced Vivica and married Nandi Ndlovu for 11 yrs
Divorced Nandi and married Angela Ngani-Casara in 2008-2013
Engaged Generations: Thee Legacy actress, Zoe Mthiyane, they didn't get married though. After splitting with Zoe in 2016, he remarried Angela.
Remarried Nandi but divorced in 2017.
Last year he got engaged to Malefu "Mel" Ntsala and broke up with her and apparently he is back with his ex-wife Angela Ngani-Casara……The producer must consider starting his own reality show…..