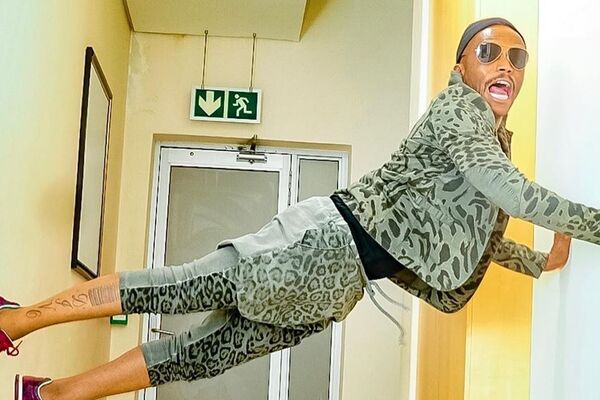 This comes after a video emerged of Mhlongo telling Dineo Ranaka that President Cyril Ramaphosa would extend the lockdown period, prior to the president’s announcement on Thursday evening.

In the video, Mhlongo says he heard the news from Mbalula: “Today they’re announcing the extension. I was talking to Fikile.”


Mbalula has since denied sharing details of government’s plans with anyone, specifically Mhlongo.

“I never shared such information with him. He even predicted Miss Universe. I don’t know, [maybe] the guy is a sangoma,” he said.

I did not discuss the lockdown timeline or extension plans with Mr Mhlongo at all whatsoever, my conscience is clear.

I have filed my statement and attested under oath to this at Sandton Police Station. pic.twitter.com/AJCKNhsjC2

Mhlongo has since issued a public apology to the minister, calling his utterances a “bad joke”. However, Mbalula said the matter could not be taken lightly.

This is not the first time Somizi accidentally knew things before they happened,Last year Somizi who is also a Judge for Idols SA committed a similar act,

Somizi Mhlongo predicted one of the Qwabe twins would be going home on one of Idols SA's show.

Somizi was called out for “knowing something”, after he was asked who he thought faced elimination. Replying to the question, which is one of many usually asked by host Proverb, Somizi said "one of the twins” was “going home tonight”.

This sparked a public outroar as fans said that Somizi had a hand in Virginia Qwabe being eliminated from the singing competition.

Mzansi Magic however slammed claims that "Idols SA" judges have the power to manipulate contestants' results and that the voting is rigged.