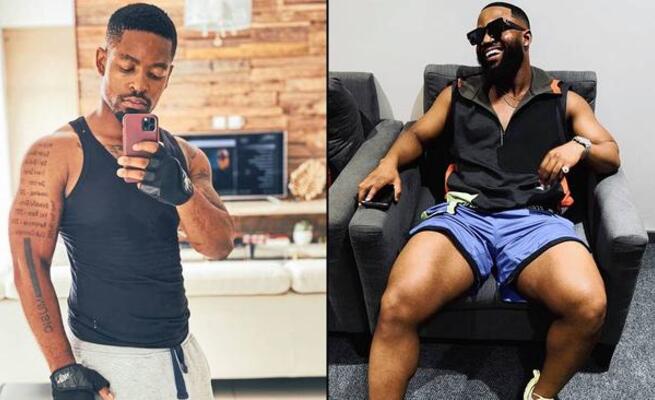 By all accounts, the two qualify to be classified as sworn enemies, Cassper Nyovest and Prince Kaybee have a well documented beef.

Since their last confrontation as to who has the biggest muscles, they seemed to be at no talking terms.

Meanwhile, it is their nature human beings to feel for each other. Sometimes what there are always the ties that bind, seeing Prince Kaybee defending Cassper on the twitter streets seem unlikely.

Called Patrice a "donater" and the "Move for Me" hitmaker a "fifa player".

All the drama started following the "Doc Shebeleza" rapper opted to throw his two cents into the ring. He was referring to why he did not donate something after being touched be a tweep.

Cassper quote tweeted and replied: "We don't have Rihanna money. Truth is, we don't even know what we gone eat if the lockdown goes down for more than 3 months. Maybe if we were supported and stanned like yall stan Drake and Rihanna we would have the money to help. It's not that we don't want to, we don't have."

Mockingly, the user tweeted the pictures of Patrice and Cassper.

Kaybee was not impressed at all and he lashed out at the tweep saying:

"But this is Bullsh**t, let the other guy enjoy his Fifa in peace, we can’t be going around with so much entitlement."

But this is Bullsh**t, let the other guy enjoy his Fifa in peace, we can’t be going around with so much entitlement. https://t.co/D1PN4whT43