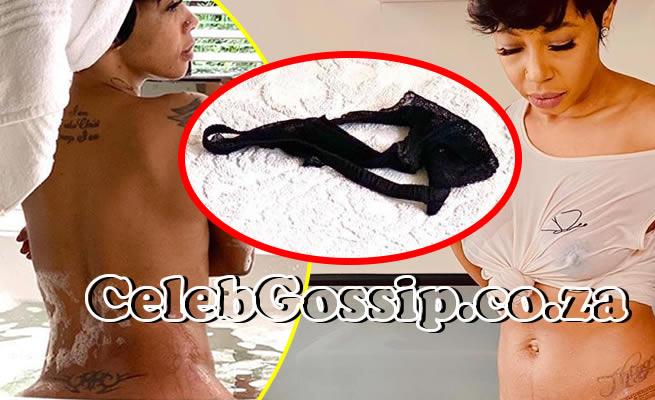 Kelly Khumalo has posted a stunning pic of herself on Instagram enjoying a bath at the luxurious AM Lodge in Limpopo, leaving many Mzansi men's penises around and eager to sample her 'honey jar'.

The pic shows Kelly in the bath with her back turned towards the camera, her hair in a towel. The bathtub is full of bubbles and screams luxury and relaxation. Outside the bathtub is a black g-string underwear that appears to have been dropped in porn-movie-style as the sexy singer jumped into the water stark naked.

The AM Lodge is well known for its fantastic quality, it was the winner of the World Luxury Hotel Awards in 2016 as well as the Provincial winner for the Lilizela Tourism Awards 2016 Best Lodge in Limpopo awards.

A post shared by The Voice Of Africa (@kellykhumaloza)

Many labelled the pictures “unchristian-like.” However, following the continued backlash, she took to social media to address the comments from “hypocritical believers.”

She dais: "I will NOT live my life to please ANYONE! And I Vow to continue to be true to myself no matter what. see you @sowetotheatre on the 26th of March #ILookToYou #ComeAsYouAre #WorkInProgress #ToHellWithHypocrisy".