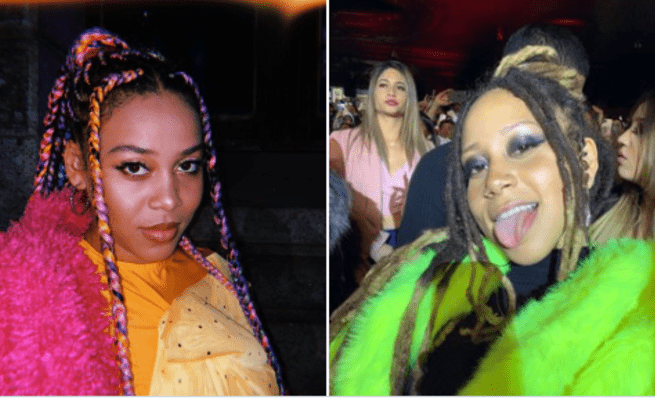 The say that everyone has a twin that can be true.

This was proved yesterday after Twitter users came across Maya Christinah Xichavo Wegerif, known as Sho Madjozi’s lookalike on Twitter.

The user, who goes by the name of Sense Lizhumor, shocked many people on social media after she uploaded photos of herself that resemble with Sho Madjozi.

Sense Lizhumor from New York City took to twitter denying that she doesn’t look like the singer and people should stop comparing her with the singer.

Many peeps felt she was being ungrateful for the compliment that was paid to her and that she had a bad attitude.

The Twitter users made sure she knows exactly what they think of her when flooding her with comments.

Check out what some of the angry tweeps had to say:

@MightiJamie "This Rasta Sho Madjozi has a foul mouth. Everyone was giving her positive energy. She thinks she is better than Africans.

Just goes to show how much class John Cena has . WWE tried to get him to complain about the song when they had it. He said nah. He embraced it and us."

@JayFromVenda "Just take the compliment and go. In fact, now I feel like we disrespected Sho Madjozi by saying you look like her. She deserves better. We must apologize to her."