But One Night With Sjava soon had tongues wagging for another reason.

A woman was introduced as his makoti and no other details were given.

The singer, whose real name is Jabulani Hadebe, introduced his mother Thandi to the audience. She sang and thanked them for their love and support.

She was accompanied by a woman in traditional Zulu clothing, who was introduced as “makoti” by radio presenter Dudu Khoza.

Thandi thanked the mysterious woman for taking care of their family.

Right after making the introduction, Dudu told the audience:

“I don’t want anyone asking me who Sjava is dating. Here she is. This is Sjava’s partner.” 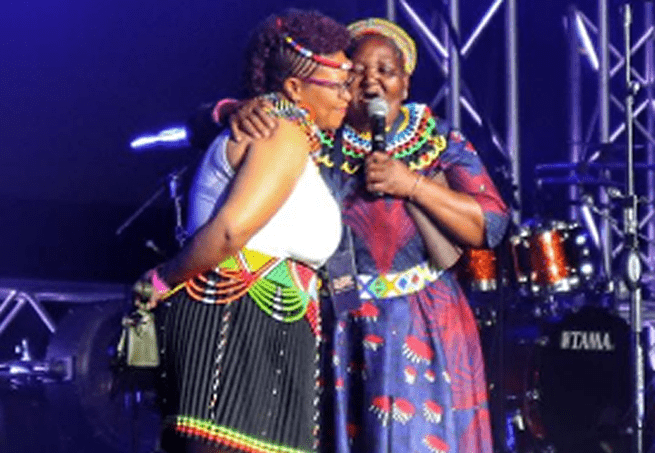 When asked about Sjava bringing his mum and makoti out, Ambitious Records spokeswoman Bongi Metsing said: “The concept of the show was very close to his heart and he wanted to incorporate his loved ones. His opening was nothing short of remarkable as his mum took to the stage and left his fans in awe.”