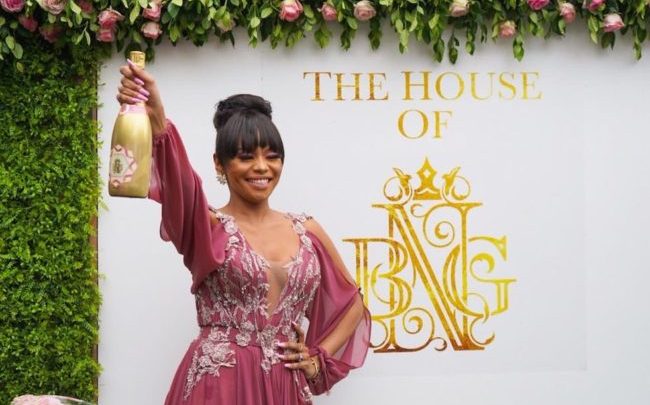 Guests at Somizi and Mohale's traditional wedding this weekend are going to be sipping on some luxury after his friend Bonang Matheba came through with 40 cases of her champopo, House of BNG.

Somizi and Queen B have had a rollercoaster of a friendship, they went from being besties to flat out ignoring each other in just a few months. Thankfully, they've since managed to put their differences aside and are besties again.

Bonang first broke the ice when she gave a shout-out to Somizi at a lunch for the Mzansi Magic Viewers' Choice Awards last year. A few weeks later the pair were snapped together at SABC1's Tropika Smooth fan competition in Cape Town.

Speaking on Metro FM, Somizi said it was at this event that they finally kissed and made up.

Now Somizi's big day is on the horizon and Queen B dropped off 40 cases for the celebrations.

Somizi took to Twitter to post a snap of the drop and thanked his friend, who will be at the wedding on Saturday.

My friend gave us 40 cases for the wedding. Love u babe. See u on Saturday. @bonang_m pic.twitter.com/oVgBREMY3c
— somizi somGAGA (@somizi) September 27, 2019

We wonder how many guests are invited to this wedding and if everyone is getting a champopo!

Meanwhile the couple spent one of their last nights as singles partying it up at bachelor parties.

In fact, Somizi spilled that Mohale got home at 3am from his jol and, judging by the video, someone might need to lead him to bed.

3am. Bae coming back from his bachelor’s. Our last day as singles