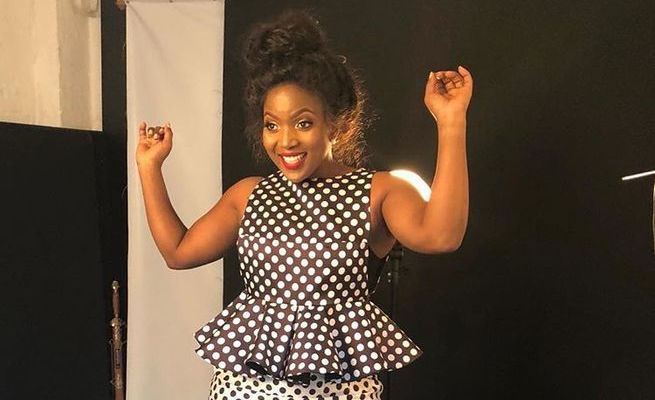 Brenda Mhlongo has been playing Ntombizodwa Khoza on Mzansi Magic’s action packed ‘The Queen' for just two months, but has created more haters than lovers in that short span.
They wish her bad luck, which annoyingly never come.
Whenever she shows up on set, she stirs the anger in viewers with her silly behaviour, trying to supervise her son Shaka’s relationship with the mother of his child, Mmabatho.

Ntombizodwa is just troublesome, and even Brenda sometimes gets shocked too by her character's behaviour, the actress shared.

“The scene where I slap Mmabatho [Motsoaledi Setumo] made me uncomfortable. I like her so much. She’s too sweet as a person.”

From the time she was added onto the series, fans have been vocal regarding their disliked of her.

“Why was her role created because she’s so annoying?” they often say on social media.

“The other day at the mall, someone said,‘ Bazongishaya’( they were going to hit me),” Brenda said.

However, she is not switched off by that, and instead she is setting her sights on executing the script as smoothly as possible.

“That is what acting is about. I love the fact she’s the opposite of who I am. I love the challenge. The role teaches me to think outside the box or out of my comfort zone.

“Going back home to KwaMashu now and then, just to listen to the language they use, helps me a lot.

“Mam’Zodwa has the elements of different mothers I know from the township,” she said.

She remembers how a meme on Twitter was circulating where Ntombizodwa was called a troublesome. “They go as far as creating fake accounts just to insult me. I don’t respond, I delete and block,” she added.

Brenda is in agreement with viewers who think Ntombizodwa is rude. “I am definitely not like her. I’m not a violent person, Brenda is a sweet person.”

HER GENERATIONS: THE LEGACY EXIT

She’s been acting for a very long time, but her biggest breakthrough on Mzansi screens was when she featured in Generations: The Legacy, playing Nandi. The role came after she had been out of work for four years.

Both she and the viewers were shocked last year, after two years on the show, her contract was not renewed.

“My exit was unexpected on my side too because I thought I was doing well,” she said.

Before that, her last act had been with the cast of The Lion King. The play took her to some places as far as outside South Africa. In 2006 she went on tour for about six years, to the extent that she started missing her family.

“Then I joined the Spain company when they opened The Lion King there. I was their first Rafiki.

“After all that there was nothing new for me. I was going to do it for money but not growing as an actress.
“So I resigned because I needed a new challenge,” she said.
Returning home was a blessing for her as she was now close to her family. It took her time to adjust to a job and when her contract was not renewed on the SABC 1 soapie, she was stuck regarding her next move.

“I thought of going back to theatre, but the thought of leaving my family again killed me,” she said.

For her, landing the Ntombizodwa role was God’s plan.

“I was never ready for this blessing. I was driving in Durban and former Generations: The Legacy casting director Pumza Ralo called me to check my availability. I was auditioned through my Generations episodes on YouTube. Thanks to The Queen’s team for raising my name! I told her I was available. I mean, who wouldn’t want to be part of The Queen?”

FOR THE LOVE OF FAMILY

Being out of employment was one of her hardest moments.

“Not being employed and having to wait for a call to audition, I would go to the gym to release stress and listen to gospel music. My strength to keep going came from there,” she said.

Having children looking up to her was a source of comfort for her. “My daughters, Zama (29), Snikiwe (21) and Nethezeko (15), are my best friends.

“We share everything because they are young adults now. Ubaba uMhlongo is my brother, my husband and my friend.

“He taught me how to be a professional actor. I always share with him my understanding of the role I’m playing and he helps me mould it,” she went on.

Her husband, Edmund Mhlongo, is a director and producer so he understood and supported her dreams.

“Baba Mhlongo recruited me in his organisation (KwaMashu community advancement projects) when I was 16 years old. That’s when the love for acting started.

“I had only visualised myself acting for South African audiences. He discovered, developed and exposed me to the international platforms like festivals and concerts,” she said.

Brenda whose family is in Durban travels between KwaZulu-Natal and Gauteng as she has to be on set in Johannesburg.

“My family got used to not seeing me often for years when I was overseas so this travelling between provinces doesn’t really affect us,” she explained.

Brenda who turned 40 recently visits the gym more often so as to keep fit. She also loves shopping in her spare time, especially in Sandton.

“My mother was very stylish when I was growing up, so she influenced that. Looking good to me means being aware of my body and wanting to embrace it in a respectable manner,” Brenda said.
She is impressed with her progress, has almost 200 000 followers on Instagram and she appreciates their support.

But she is not getting big-headed, because of fame. She takes it as being appreciated for her work.