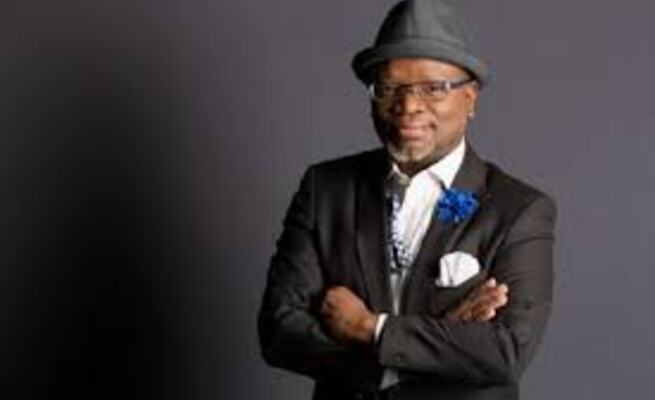 Joyous Celebration leader Lindelani Mkhize is in no nonsense mood, he is very angry at Johannesburg businesswoman by the name of Paballo Sefara for calling him gay on Facebook.

She did not only call him a gay, Sefara, also mocked Mkhize’s multiple award-winning gospel amalgamation Joyous Celebration referred to it as ‘Gayous Celebration.’

Mkhize acquired the interim protection order against her at the Randburg magistrate’s court last Friday.

He begged the court to stop Sefara from further insulting him and to take off all the posts she uploaded on social media concerning him.

Sefara, who owns a showbiz company known as Le’Vibe Entertainment, had been summoned to appear in court later this month to oppose the application before it becomes a fully fledged restriction order against her.

In the filed court papers, Mkhize alleged Sefara, used the shadow account “Gadaffi Gadaffi Manaffi”, and posted threads of allegations against him and his gospel group since March this year.

According to the papers, Sefara in one of her posts uploaded a picture portraying four people with a caption that two of the men in the photo where declaring that they were gay and preparing to get married. She pointed out that among them was a Joyous Celebration member who was about to get married to Mkhize, and challenged him come out clean.

Mkhize further alleged that Sefara made another post on May 15 with a photo depicting her under a dragon head with sub texts that said she met the group founder who asked for a selfie when she came across him at ‘Gayous Celebration.’
“I am devastated and heartbroken and in utter dismay of the venom that has been unleashed on me which was totally unwarranted. This is malicious, untrue, most unkind, unprovoked and damaging to me as a public figure and a parent.

“I however also wish to point out that even if they were true, she should have respected my rights as a person and not posted them,” said Mkhize in his papers.

He further alleged that she accused him of exploiting Joyous Celebration members and paid them R3,000 for taking them to the US, where they recorded an album.

The papers also revealed that she claimed that Mkhize failed to pay 20 vocalists the R30,000 appearance fee for performing at one of his concerts titled “Ignite Music Production” in Durban in February. Mkhize declined to comment on the matter as it was before the courts.

“This matter is in the hands of the law. Can I rather allow the law to deal with the matter because I don’t know who this woman is,” he pleaded.

Sefara could not be reached at the time of going to print.

Meanwhile, according to Sefara’s Facebook posts, she defined herself as a champion of what she called voiceless musicians who were afraid of speaking out against certain music bosses.