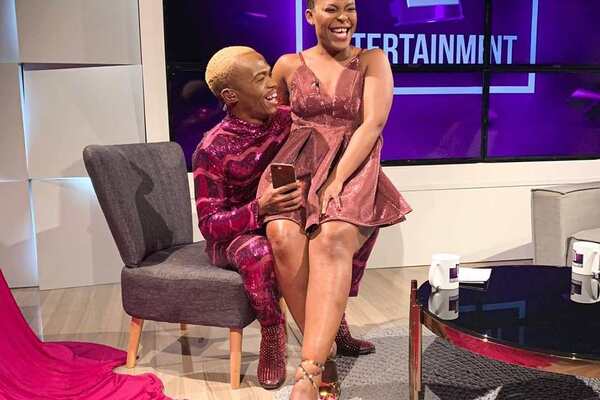 When Zodwa Wabantu named her show Uncensored she probably also meant “unfiltered” and “unadulterated” but we’re not so sure she was going for “offensive” when thinking about her content. Unfortunately, it’s the last adjective which best describes the comments she made in the most recent episode of her spicy Moja Love show.

The star found herself trending shortly after the episode aired and some of South Africa’s most influential and openly gay men were not impressed.

During one segment of the most recent episode of Zodwa Wabantu Uncensored, the star claimed, “Gay people are naughty. Name a gay person who has never fought with a woman in the entertainment industry. They are convinced they have a va***a, they have a p***s”

You can watch the video below:

Many gay men in particular were livid with the entertainer, while others felt betrayed by her words, considering the support that Zodwa has received from the LGBT community over the years.

Innocent Matijane led the way in calling Zodwa (and Moja Love) out for her comments while also recalling the support he and many other openly gay men have offered her in the past, in a series of tweets which he later deleted.

Entertainment reporter and influencer, Phil Mphela however was in no mood to hide from Zodwa and her legion of fans. The outspoken commentator not only condemned Zodwa’s comments, but also called out hetero celebrities as well as some of his gay peers who pander to them for clout:

You'd happily hate or trash another gay man to appease yr fave celebs. SA black gays value being validated by heteros thats why Zodwa believes you only exist by their permission.

You teach people how to treat you. Ya'll worship hetero celebs too much!

We are the only country in the world that has a LGBTQI awards event that literally serves to praise str8 people for just being famous. People who have done nothing for the community. And you ban gays! pic.twitter.com/9wvde9lUxR

Also fuck @Zodwa_Wabantu’s homophobia and transphobia. Also fuck her misogynistic (yes I said that coz trans womxn don’t need cis women’s stamp on their essence/ifentity/being) utterings. Also, thanks @somizi and @mohale_motaung for slaying in the name of queer bodies at the #VDJ pic.twitter.com/GOrICwJMoy

We can not let #ZodwaWabantu's homophobia slide like that.

@Zodwa_Wabantu Kodwa how can you say you accommodate us gays.
Hate speech starts like this.
I feel some homophobia in your words.
I am not AntiZodwa.
But this offended me#ZodwaUncensored #ZodwaCancelled pic.twitter.com/er8blOIV93

Zodwa has yet to respond to the angry comments she has received on social media and although some of the noise from the weekend has died down, it does not seem as if this is the end of this particular saga.

Do you think Zodwa should be taken to task for her homophobic comments?