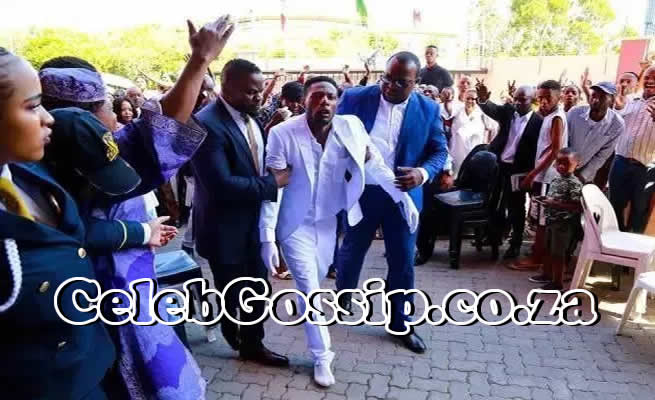 Writing on his blog African Voice Global Ncube said, “He (Elliot) was promised R150,000 for his role in the act, but only got R50,000, which he shared with his sister-in-law at a ratio he did not disclose.”

Ncube who claims that he interviewed Elliot in Johannesburg before he died says Elliot confessed to have been part of a broader plan which is being orchestrated by Lukau to deceive Christians.

“Soon after the resurrection stunt, Elliot heard a fraud case had been opened by the South African Police Service and immediately left Pretoria to hide in Johannesburg. His hideout was a house in Yeoville, rented by his wife’s elder sister, who also happened to be the person who recruited him to Lukau’s church in the first place.

“Working with some members of Lukau’s church, I went to the hideout in Yeoville on March 3 and I found him there, looking unhealthy and having what appeared to be serious chest pains. Possibly to avoid recognition by police and the public, he had cut his hair from the Afro which was trending on the video and social media pages.”

Ncube further says the sister-in-law who is alleged to have recruited Elliot warned him that he would die if he discloses the deal that the church wanted to do with him.

“She revealed all this to Elliot, telling him she had recruited more than 100 people who were all well-paid. Before she could tell him what needed to be done, she sought his word that he would never sell her out to the public, as she was under tight surveillance from the church security and could be eliminated anytime. She also told him he would die a painful death if he ever sold out on the pastor, as the church had “eyes and ears” everywhere, including within the police and the South African government.

“Desperate for money, he accepted the role. His illness was worsening and he hoped to get something that would help him get better treatment at private hospitals. A day before he went for a “briefing” in the church, Elliot was seized by a whooping cough from which he passed out and was rushed to a Johannesburg hospital as an emergency case. He was turned away because he did not have proper documents. That became the setting for the “miracle” which everyone now knows.”

Ncube added that after the miracle Elliot’s sister-in-law fled to Swaziland after hearing that the police were investigating the resurrection miracle.

“Soon after the “miracle” act, Elliot heard Lukau was angry with the loopholes in his act and that the police were after both the pastor and him, following a fraud case that had been jointly opened by three funeral palours at Jeppe police station.

“His sister-in-law immediately fled to Swaziland, where she apparently stayed for a week, while he hid with his wife at the Yeoville house. During the interview, he revealed his health was deteriorating by the minute.

"He wanted to return to Zimbabwe to get better treatment because he feared his life was at risk in South Africa, where he could be arrested and sent to jail, thereby failing to get proper health care. He could however, not go straight to his home, fearing the wrath of his grandmother, who could have heard about his stunt.

"Police in Zimbabwe, might also have looked for him there, so he was looking for a better place to go, where he would get his treatment and sneak back to South Africa once he got better and “the air cooled”. Perhaps that explained why he is said to have lived at his in-laws’ place upon arrival in Zimbabwe.”