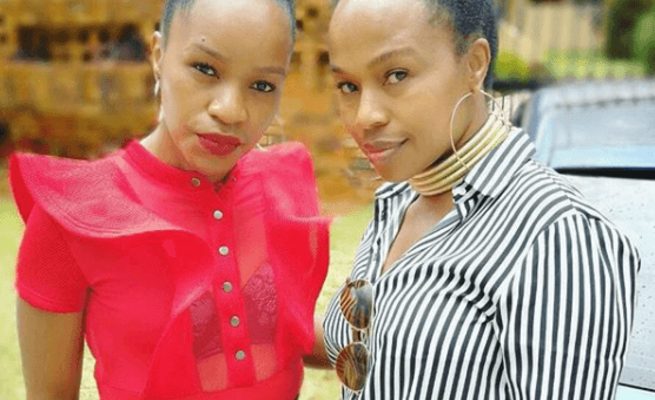 We have decided to put together a list of South African celebrity twins with their photos. The list compiled includes both identical and fraternal twins, famous South African twin duos and celebrities with twin siblings who are not famous.

It is believed that twins have the strongest bond because their connection begins in the womb.

For more famous twins in South Africa, have a look at the sexiest male celebrity twins and the hottest celebrity female twins.

Bandile and Banele Mbere, the hip hop DJ’s known as The Major League are one of the South Africa’s famous twins. Not only do they share similar looks they are also in the same career

Off to Polokwane to launch the new @minisoza store at Mall Of The North, pull in fam T.O.D will be there from midday 🤙🏽🤙🏽

Twins on Deck, Darren and Ryan, were introduced to the world in Cape Town’s Strandfontein in 2009. At the age of 7 they relocated to Johannesburg where they could harvest their full potential to become the successful men they were destined to be.

Oros Mampofu was popularly known for his role on Skeem Saam as Jama. Oros’s name is Nkokheli Mampofu and his twin brother Prince’s name is Mkhokeli Mampofu. He is also an actor.

Yesterday was just too amazing, I’m still emotional and overwhelmed 😭 we had the best birthday ever. Thank you to all our friends, family and everyone who made it extra special for us. To my new family @boulevard.rose I’m so humbled to be part of you and thank you for going an extra mile to make our birthday special. My beautiful twin sister @brownmbombo there’s no Me without You…. I’m so blessed have shared my life with you from birth until…….. (you know) lol I love you so much. ❤️

Blue Mbombo and her twin Sister Thandiwe Brown Mbombo changed their names to what they are now because people had difficulties pronouncing their exotic names. Blue was voted Mzansi’s sexiest female celebrity in 2016.

Marcel Spaumer and his twin brother, Marco, who acts in the same series, are proof that talent runs in the family. Marcel is earning a living doing what he loves most, writing.

A person who is there when you need him, 😀A person who sticks up for you when no one else will , a brother is always a friend.💪#tbt #newkidsontheblock 😅 Special thanks to everyone!!

Twin brothers, Alex & Charlie Kotze, are from the town of Vredendal in the Western Cape and live with their dad on a grape & vegetable farm

Although the former Muvhango actress Sindi Dlathu is a highly private person, however she has made her twin sister Zanele Dlathu known to the public. According to Wikis, Sindi is the older twin.

Innocent Sadiki, who is popularly known as Sthoko has a twin sister named Millicent Mashile.