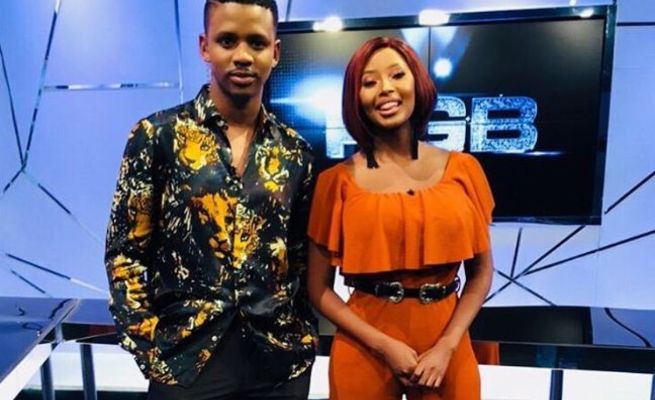 At times, personal issues tend to get in the way of productivity in the workplace, which could influence the southward trajectory of the company.

Unfortunately no industry goes unaffected because these instances also occur in fun and creative sectors such as the entertainment industry.

According to Sunday Sun, the hosts of SABC 1's gossip show, Real Goboza (RGB)'s, Sinazo Yolwa and Samora Mangesi are allegedly feuding. The article stated that tension is rife between these two co-hosts as Sinazo allegedly confronted Samora about a crush that he has on her boyfriend. This apparently startled Samora who hasn't apologised for his actions. It has been stated that these two talented co hosts only tolerate each other because they have to execute their hosting duties collectively.

On the flip side, Publicist Tshegofatso Kekana dismissed the feud rumours, stating that this malicious rumour is far from the truth as Samora and Sinazo get along just fine. According to her, Sinazo does not even have a boyfriend. She was further quoted as saying:

"Sinazo and Samora say there is no such. First Sinazo does not have a boyfriend and according to Samora, Sinazo is one of the few people who took him in. They are good on and off air. "

Differences on set is not a new sport within the entertainment industry as last month, we widely reported on the tumultuous exit of South Africa's favourite character on television, Malefu Mokoena, a character that was skillfully brought to life by Moshidi Motshegwa on 1Magic's, The River. The veteran actress stated that the producers of the show told her that they had run out of ideas regarding her character, Malefu. However later on, Moshidi boldly revealed that the manner in which she was dismissed was unprofessional and disrespectful. There were reports stating that Moshidi was also "too expensive" for the show, hence they had overlapped on their budget.

More drama unfolded regarding the chronicles that surrounded Moshidi's tenure at the much loved telenovela. The actress confirmed that she had a strained relationship with her on screen daughter, Itumeleng Mokeana, which was portrayed by first time actress, Larona Moagi. Moshidi publicly stated that Itumeleng should be assigned an acting coach, so as to enhance her acting skills, after emphasising that acting is a craft and one requires a certain level of skills to execute whatever role that is written for them.

Work conflicts are inevitable therefore we hope Sinazo and Samora will be able to sort out their differences even though there has been contradicting reports.