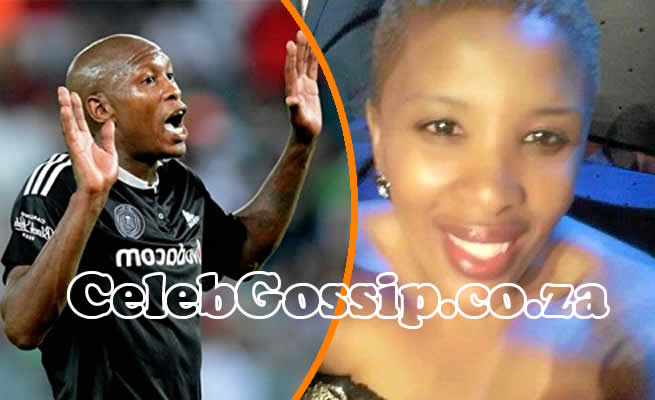 Sunday World can sensationally reveal that Morapeli, who boasts artists such as actress Jo-Anne Reyneke, Big Brother star Blue Mbombo, kwaito legend Kabelo Mabalane and former Boom Shaka member Theo Nhlengethwa among her clients, was thrown behind bars at the Diepkloof cop shop after she handed herself over on Thursday.

Ironically, Morapeli reported to the station driving the same BMW X4 that she was accused of stealing in October last year which she is said to be paying for.

Police spokesperson Hitler Ngwenya said: “A case of theft was opened at Diepkloof police station and is still under investigation. The suspect was arrested yesterday [Thursday] and appeared in court. The suspect is remanded in custody.”

Gcaba, who last played for National First Division side Platinum Stars (now Cape Umoya), denied that he ever opened a case against his live-in-lover.

“I deny that I opened a case. I don’t know what you are talking about,” said the former Bafana Bafana defender.

According to a police statement, Gcaba opened the case in October last year, telling police that his sleek Beemer disappeared from a pavement after he parked it in Diepkloof, Soweto.

“It was alleged by the complainant that on the abovementioned date and time he parked his white BMW X4 on the pavement at Ben Naude Street then he hang out [sic]. After few minutes he wanted to go to Diepkloof Square and when he went outside he found that the car was stolen. He suspected his girlfriend Lolo Morapedi [sic] because she had a spare key and when he called her, she did not answer his calls. The car [is] worth R850,000,” read the police statement.

Gcaba’s mother, Nonkululeko, however painted a different picture to Sunday World and blamed her son for the situation.

“It’s not that the car was stolen. It is with the girlfriend and Ayanda knows. The woman has been paying for the car,” she said.

A police insider also said the woman will show evidence to the court that even though the car was registered under the soccer star’s name, she was the one making all the payments towards the bank loan.

“I think he is just trying to spite her because she did not approve of his attitude of playing big even though he knew he had no income anymore,” said the officer.