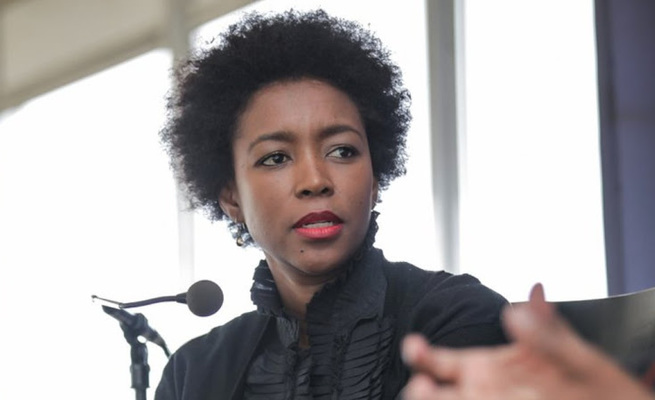 Divorce is never a great experience, however for ordinary folks, they are most likely to "ease" through the experience unlike celebrities who have to deal with this difficult period on the world stage.

South African actress and radio personality, Phemelo Motene was a guest on Moja Love's, Show Me Love, when she revealed that the Ngcobo love knot has been untied as she and her husband, Mthandeni Ngcobo have decided to part ways after 16 years of marriage.

According to an article on Sunday Sun, Phemelo didn't give too many details about the reasons for the divorce, however she did mention that the split was amicable and both parties have no regrets about the breakdown of their message. The children, however are having a tough time with adjusting to no longer being one family, living under one roof.

Phemelo Motene has made an exciting come back in the world of television.

The radio and television personality graced our television screens once more by portraying the character of Adelaide Maake on Mzansi Magic's, The Queen.

Television is not the only medium that Phemelo is borrowing her talents and skills in, lovers of radio might have heard her on Radio 702 and she is also a Director at a media company called, Nala Media.

Staunch viewers of the iconic SABC 1 soapie, Generations:The Legacy (Formerly Generations), might remember her as the charming Khensani Moroka.

Phemelo has a knack of attracting strong and memorable roles, as she can also be remembered for her inspiring role on season 4 of SABC 1's, Home Affairs as Agnes Hlathi.