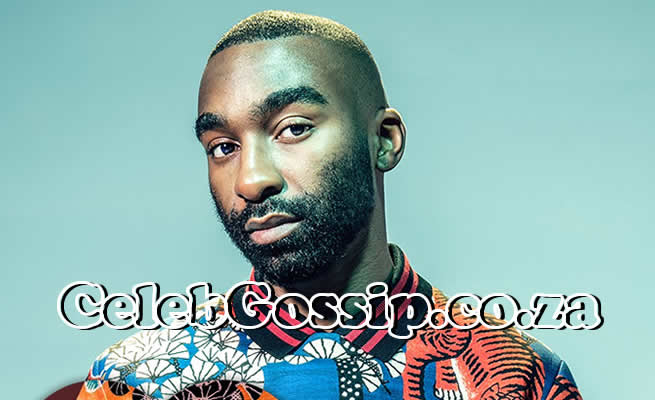 Popular rapper and The Voice SA judge Riky Rick says he is not developing a clothing line with convicted sex assaulter and fashion designer A$AP Bari. But he did not deny inviting Bari to be his special guest at his hiphop and fashion event, Cotton Fest, that was the talk of Joburg last weekend.

Several women who attended the festival and who do not wish to be named have told City Press of their alarm to discover, last Saturday night, that Bari was being celebrated by Cotton Fest.

Bari, whose real name is Jabari Shelton, is a former member of hip-hop outfit A$AP Mob and a co-founder of streetwear range Vlone, which has had a pop-up store in Braamfontein.

But his fortunes have taken a nosedive since his arrest in May last year at London’s Heathrow Airport while trying to fly to South Africa. He was arrested for the assault of a woman in The Curtain hotel in Shoreditch, London, in 2017 after a video on social media showed him shouting: “You f*cked my assistant. Now, you’re going to s*ck my d*ck,” to a naked woman in bed as he smacks her buttocks.

The woman then yells: “Stop it, Bari, honestly stop!” Following a reported arrest that took place in Philadelphia, in the US, in November, whereby Bari faced two felony drug charges, in January, he pleaded guilty to one of two sexual assault charges stemming from the Shoreditch incident and was fined R115 000.

Shelton originally called the video “misleading” and accused the woman of defamation.

Following the video’s release, Nike dropped its partnership with Vlone and A$AP Mob star rapper A$AP Rocky called Bari out for his actions.

But back in Johannesburg, the designer has found a scene apparently willing to support him.

Approached for comment, Riky Rick said: “Him being there was in no way, shape or form an endorsement of the [London] incident … I acknowledge and respect the concerns of those who feel like he should not have been allowed at the event. I do not, and will never, condone any type of abuse towards women.

“I cannot share details of my private conversations with him, but I believe that he is on a path of enlightenment.”

He elaborated on this, saying: “As someone who has been blessed with opportunities to change my own life, I have always been the type of person to help others find their way through prayer and guidance.”

But women who attended Cotton Fest – held in the old station structure in Newtown which was converted into a venue with two stages – viewed things differently.

One told City Press: “I was backstage when it started to dawn on me how unsafe this space was for women. Someone mentioned that Bari was there. I turned around and there he was, chatting to a woman in a changeroom.

“This was as Okmalumkoolkat [rapper Smiso Zwane, who was convicted of sexual assault while on tour in Tasmania, Australia] was just going on stage. Right next to me was [another rapper accused of violent assault on a woman] and I decided it was time to go home.”

Riky Rick has enjoyed a reputation for supporting young stars, which is why he was chosen as a mentor on The Voice SA. He has frequently vented his frustrations at the lack of opportunities for young artists in South Africa.

Now the women who spoke to City Press said they did not know how to feel about the good-guy rapper.

He told City Press: “Sexual offence and women abuse is unacceptable, and I believe we need to dedicate ourselves to closely educating boys and men on how to conduct themselves correctly.”