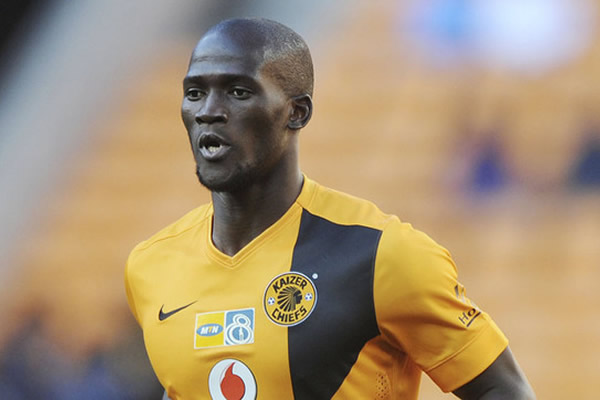 Many might dismiss him as a "softie" because of his closeness to his mother but Free State Stars goal poacher Siphelele Mthembu is far from being a weakling on the field of play.

Many goalkeepers dread facing the Ea Lla Koto marksman because of his powerful, net-tearing shots. His move from Kaizer Chiefs to Stars at the beginning of the season was more about reviving his career but it was also motivated by wanting to be closer to his family.

Mthembu is originally from Melmoth, KwaZulu-Natal, about a two-hour drive from Bethlehem in Free State, where he plies his trade with Stars.

At 30, the well-travelled striker is not yet married, saying he's still a "mama's boy" because of a close relationship he enjoys with his mother Khulekile, who lives at their home in Melmoth. His father's death in 2004 further solidified that bond .

"When the opportunity to join Stars came, I didn't hesitate because I knew that being here would mean I would spend much more time with my mother at my house in Glencoe and it's very close to here. I go home after every two days. I am still mama's boy. My dad passed away in 2004. As a boy, when you lose your father, life becomes difficult but with my mother it was never like that. She has always been there," said Mthembu.

The striker, nicknamed "Shaka Zulu" because of his tall, huge physique and
dark complexion that have drawn comparisons with the warrior Zulu king, can be seen driving around in his VW Polo Cross.

"I do not like expensive stuff. I'm a simple man. I chose to buy the Polo Cross because it's a simple car. Even on gadgets, I don't spend much. My phone is a [modest] Samsung J7. Even my clothes are not high-priced. I am not into fashion. I just buy anything that looks nice, I don't buy brand[s]," noted Mthembu.

When he is not at home with his mother or on club duty, the centre-forward spends time reading Christian literature.

He's a member of His Goodness and Mercy Ministries in Melmoth.

"I am a man of God. I spend most of my time indoors reading books about Christianity. At the moment I am reading a book written by the Apostle Paul, titled Dear Christianity. I also watch religious documentaries," said the player.

Despite having played for many clubs, Mthembu has few friends in football, saying that he's a reserved person who prefers to keep to himself.

"In football, there are only two people I can say I am close to. It's Happy Jele [the Orlando Pirates defender] and Sipho Jembula [Bloemfontein Celtic midfielder]. I live a different life, I keep most of the things to myself."