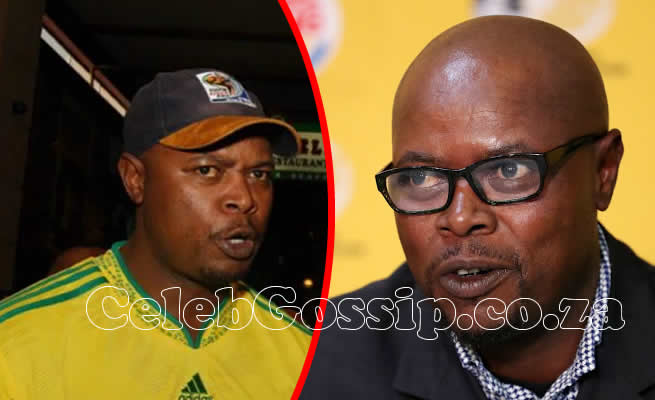 “MY LOVE, be strong and always know that I love you.” These were the words Chippa Masinga said to his wife before dying.

Ntombi Nombewu said she told him how proud she was of his brave fight against his illness. Ntombi said Chippa encouraged her to be strong at all times.

“He told me daily to be strong, especially when I visited him in hospital,” she told Daily Sun.


“I told him that I loved him and I realised I would never see him alive again.”

On Sunday, Ntombi told the People’s Paper that her husband was no more. He died at the Donald Gordon Hospital in Parktown, Joburg. He had spent two weeks in hospital.

Ntombi said Chippa underwent a minor medical procedure at Chris Hani Baragwanath Hospital last month and said he had a cancer-related condition that doctors were monitoring. The 49-year-old, originally from Mogale City in the North West, was the darling of football fans as a striker both in South Africa and overseas.

People first learnt about Chippa’s illness in December when he was admitted to Tshepong Hospital in Klerksdorp. He was later moved to Baragwanath Hospital in Soweto.

The Portfolio Committee on Sport and Recreation said it is saddened by the premature passing of Phil Masinga on the weekend. Chairwoman Beauty Dlulane said the committee sent its condolences to his family, friends and the nation.

“SA has lost one of its greatest sons to ever represent the country on a football pitch. Phil was a true ambassador for the game, and he lived the values of such an ambassador. As much as this is a time to be sad, we should also celebrate Phil’s time on earth.”

Masinga represented Bafana Bafana and also played for Leeds United in England. His name remains etched in the annals of history as part of a group of Bafana players regarded as the golden generation of South African football.