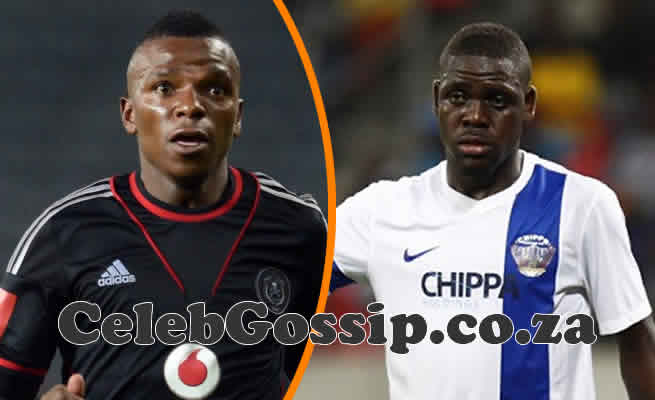 TWO soccer stars, Siyabonga Zulu and Khethokwakhe Masuku, are rumoured to have swopped their soccer boots for boxing gloves.

The pair met for the first time last year after Sunday Sun published that Khethokwakhe wants his money from Siyabonga, after he crashed his BMW.

Said an insider: “Khethokwakhe was furious to see Siyabonga being casual while owing him money for the accident he suffered with his BMW. The two soccer stars had a fist fight because Masuku demanded to be paid right there.”

The source said the two were separated by onlookers.

When asked to comment, Khethokwakhe said: “I don’t know what you’re talking about. I didn’t meet with him, so how are we going to fight when we haven’t met?”

The insider claimed the two met for the first time since Siyabonga had crashed Masuku’s car five years ago and failed to pay to have it fixed.

Another informant said Siyabonga’s problem was that he liked taking shortcuts, and this was something he’d never admit to.

“Many people want money from him and want it now because they aren’t sure if he’ll still be with Sundowns this year, as there are reports that he’s never played since signing with the club.”

Said the third source: “He was involved in another car accident again on 27 December.”

According to the source, the soccer star was allegedly driving under the influence when he crashed into a wall in Soweto.

“He was driving his brand new Audi RS3, which is less than a month old,” the source said.

Claimed the informant: “First, how he got the Audi is dodgy because Siyabonga doesn’t know how to read and write.

“And this could be the reason why he gets into so many accidents; he doesn’t have a driver’s licence. If he does, then he might have bought it. Siyabonga doesn’t seem prepared to grow up, as this is the third car he’s crashed, including his baby mama Lee-Anne Mofokeng’s Audi. He’s irresponsible and makes the same mistakes all the time.”

Siyabonga was unavailable for comment. He also failed to respond to our SMSes and WhatsApp messages.