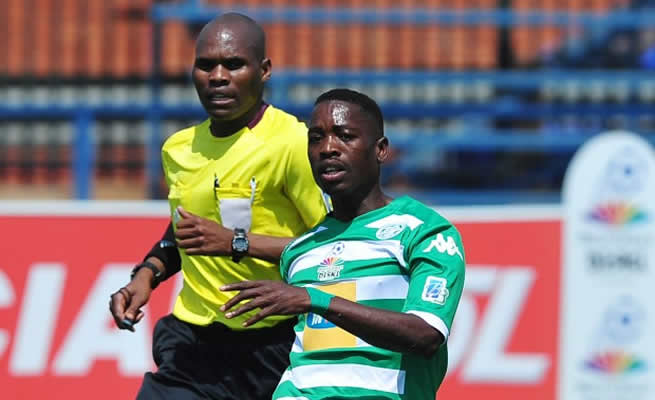 Paulos Kgoadi (31) blames Satanic demons and evil spirits for his career slump. The former Bloemfontein Celtic midfielder told Daily Sun that he consulted prophets about his football career and they said evil spirits are bad because they destroyed his blossoming career.

“I was playing for a big team and supporting my six family members. At first I did not believe what the prophets were saying but now that I’m playing in a lower league it’s clear they were telling the truth,” he said.

He said he was down and out and he would love to play once more in the top leagues. Paulos said he is the only bread winner and it’s not healthy to earn so little money when people depend on him.

He was signed for a two-season contract in 2014 and a one-year option to renew with Bloemfontein Celtic but he ended up on loan for a season to Roses United at the ABC Motsepe league.

“Football is full of surprises,” he said. “I’m expected to move to a bigger team but look now where I’m playing.”

He said he is thankful to Dondol Stars because they gave him opportunity to resurrect his career.

“Belief is holding my life together. I’m down but not yet out. I still believe I’m PSL material,” he said.

Paulos said what keeps him focused is his love of the beautiful game.

“I keep smiling because of the support I get from my family and friends,” he said.