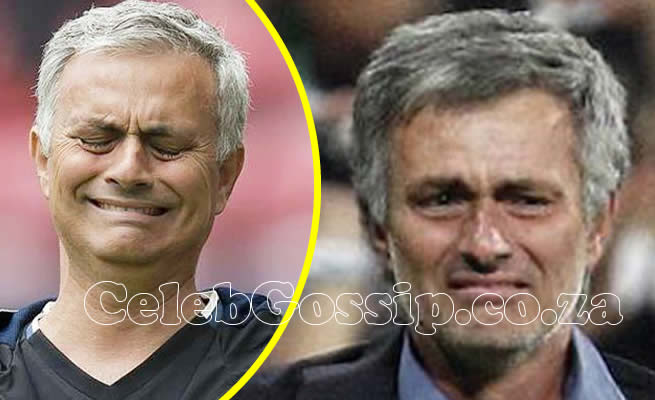 José Mourinho has been sacked as Manchester United manager following Sunday’s defeat at Liverpool, ending a tenure that began in May 2016. United finally lost patience with a head coach who was not adhering to the club’s core attacking values and who had overseen their worst start to a campaign for 28 years.

The Portuguese, 55, guided United to League Cup and Europa League titles. But they are sixth in the Premier League, 19 points behind leaders Liverpool, who beat them 3-1 on Sunday.

"A caretaker-manager will be appointed until the end of the season while the club conducts a thorough recruitment process for a new, full-time manager," United said in a statement.

"The club would like to thank Jose for his work during his time at Manchester United and to wish him success in the future."

The caretaker-manager to replace Mourinho, who took over from Louis van Gaal in May 2016, will not be assistant coach Michael Carrick or academy boss Nicky Butt.

The candidate will be drawn from outside the club, but will not be former Arsenal boss Arsene Wenger.

Mourinho was also relieved of his duties due to a transfer spend of around £400m on 11 players that, it is understood, the club insist were all the Portuguese’s choice. In addition to the disquiet regarding the side’s stultifying style, there was further disappointment at Mourinho’s development and improvement of United’s younger players. The club also took into account the growing unhappiness from fans at the direction of the club under Mouinho.

United will now appoint a caretaker until the end of the season but this will not be Michael Carrick, Nicky Butt, or anyone from within the club. Instead, following a thorough and extensive process will have Mourinho’s permanent successor in place for next season.

A poor start to the Premier League season has seen United slip 19 points behind the leaders, Liverpool, and fall off the pace in the hunt for a top-four place. They have won only once in six league matches, drawing during that sequence with struggling Southampton and Crystal Palace.

The club issued a statement on Tuesday morning which read: “Manchester United announces that manager Jose Mourinho has left the club with immediate effect.

“The club would like to thank Jose for his work during his time at Manchester United and to wish him success in the future. A new caretaker manager will be appointed until the end of the current season, while the club conducts a thorough recruitment process for a new, full-time manager.”

In two full seasons at Old Trafford, Mourinho won the Europa League and League Cup (2016-17) before finishing second in the Premier League last season and reaching the FA Cup final. In that period since replacing Louis van Gaal, United’s spending stands at £364.3m on eight buys.