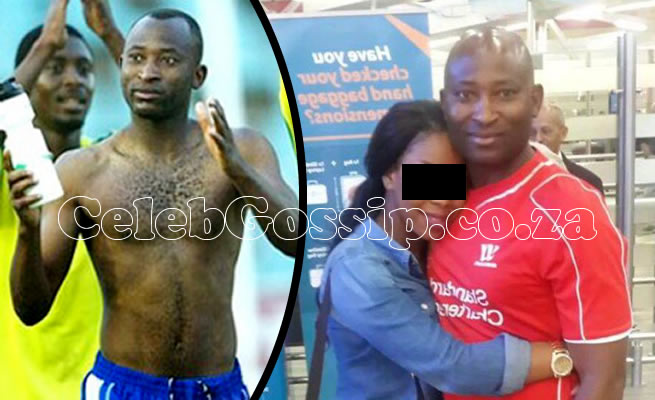 Retired Mamelodi Sundowns striker and Zimbabwean football legend Peter Ndlovu is rumoured to be trying to dribble his way out of baby mama drama.

This comes after the footie allegedly dumped a Tembisa woman when she fell pregnant. The 23-year-old student, who can’t be named to protect the identity of the child, has accused the footie-turned-team-manager of being irresponsible.

She said he had neglected her and was failing to maintain their five-month-old son. Ndlovu is no stranger to baby mama drama and has been taken to court for papgeld by several different women in the past.

The woman told the SunTeam she met the 45-year-old at his house party last year.

Said the woman: “I went there with two friends. That’s when we met and exchanged numbers. Thereafter, we started dating.”

The distraught mother said she had to cut her studies short in December, when she realised she was pregnant.

Insisted the baby mama: “He was no longer the same when I fell pregnant. He started ignoring my calls and texts, especially when it came to the baby.”

She said she had to force Ndlovu to buy nappies.

“He sent a driver to deliver the nappies, but hasn’t done anything willingly since.”

Ndlovu was not available for comment and failed to respond to our SMSes.