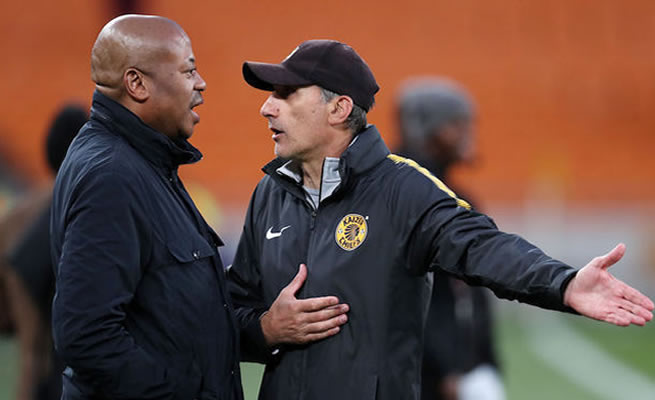 Middendorp was announced as Amakhosi's new coach on Friday just minutes after the club confirmed the departure of Solinas, who lasted only 14 Absa Premiership matches with the Soweto giants.

The German coach has previously been in charge at Chiefs, winning th Absa Cup and SAA Supa8. Under his tutelage Chiefs finished third in 2005/06 and ninth in 2006/07, though he was fired in March 2017 following a defeat to AmaZulu.

Middendorp, who was unveiled to the media in Naturena on Monday morning, has signed a two-and-a-half year deal with an option to extend. He has a big challenge ahead to ensure Chiefs, in seventh place on the log, get themselves into the league title race.

Middendorp had one year left on his contract with Bangkok United, but could not turn down the opportunity to rejoin Amakhosi.

"Our coach Ernst Middendorp, well known in South Africa, well known in Germany, well known in Africa. He is not new in the family. We had a nice journey with him at the time and we had to part ways at the time. Thankfully we keep relationships in our journey. He is back in the midst with us," Motaung said.

He added: "Coach Middendorp was working somewhere else, but we pleaded with him to come back and requested him to come drive the ship."

Middendorp's first test will be against SuperSport United at Mbombela Stadium on Wednesday.

Middendorp does not need to wait for a work permit because he has a South African ID.