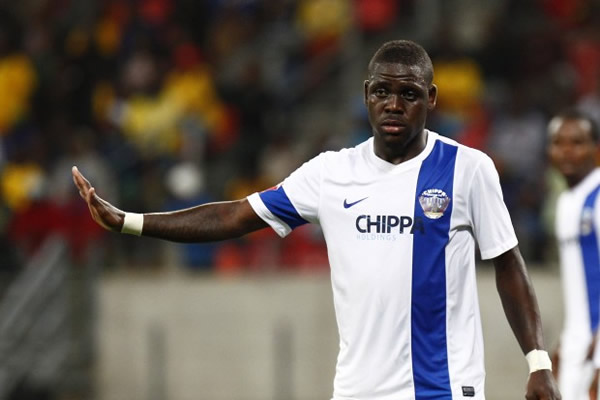 MAMELODI SUNDOWNS defender Siyabonga Zulu’s defensive skills will be put to the test when he finally appears in court next week.

The former Platinum Stars player has been summoned to appear at the Kempton Park Magistrates Court for damaging his ex-fiancee’s car. According to a summons in the SunTeam’s possession, the footie’s baby mama Lee-Anne Makopo wants her pound of flesh.

She wants Siyabonga to fork out an estimated R50 000 to fix her Audi A5 coupe, which the footie allegedly crashed three months back. The summons was received at the player’s employer’s premises in Chloorkop midweek.


Said Lee-Anne: “I had no choice but to go this route because Siyabonga disrespects me. His family is also taking his side. I’ve been looking for him for months with no success. I don’t know where he stays after moving out of my place in Midrand, Jozi. His friends told me he stays in Kempton Park, Ekurhuleni.”

Lee-Anne said she wanted Siyabonga to refund her the money she used to fix her car.

“I want my money back. That guy crashed my car, decided to move out of my place and then went on to buy a black Golf 7R,” she said.

“He’s doing all this, yet fails to pay me – and is known for buying expensive Hennessy at Cubana, Fourways, just to show off. I feel for him. All of this will be gone soon. I told him the day we broke up that every woman he meets is after his money, not love.”